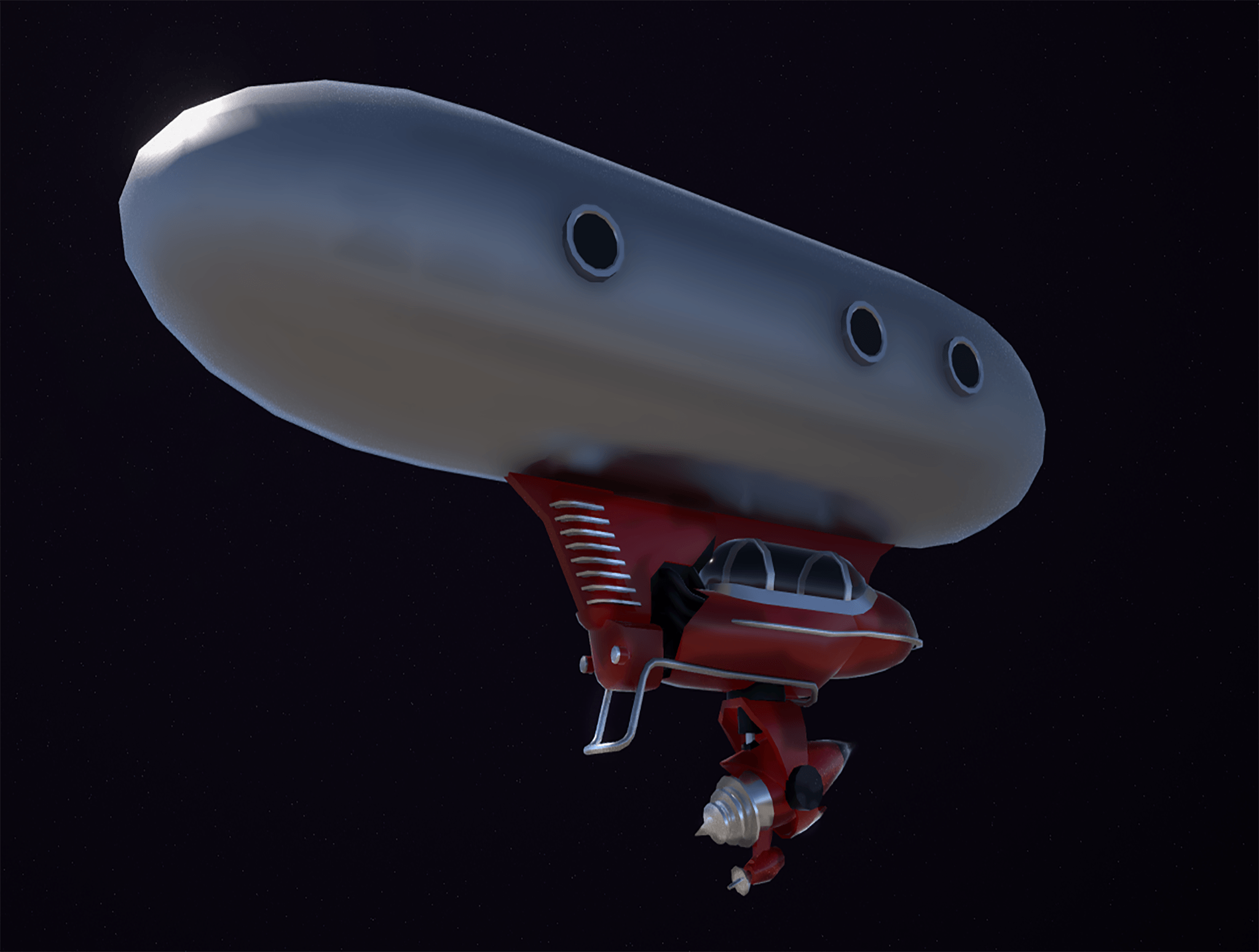 Although the fiery crash of the Hindenburg in 1937 signaled the end of the airship era in our world, in retro futurist fiction the skies are often dotted with airships. Some critics have suggested that the reason airships continue to appear in retro futurist literature is their similarity to the fairytale concept of the city/castle/land in the clouds. Whatever the reason, of particular fascination are the rigid variety that carry the name of the father of the breed, Count Ferdinand von Zeppelin. His company, Luftschiffbau Zeppelin, was the leading innovator in the field in the early 20th Century. In addition to the Hindenburg, they also built the Graf Zeppelin, which was the first commercial transatlantic passenger airship, and the USS Los Angeles, made for the US Navy.

These airships are “aerostats”—lighter-than-air aircraft that achieve lift by means other than airfoils or propellers. In most cases this is done via a gas that is less dense than air. In the heyday of the zeppelin, highly flammable hydrogen was used for this, but a wide range of gases can be used, including helium, ammonia, methane, neon, and plain old hot air. Each of these gases has limitations, including flammability, toxicity, corrosiveness, and rarity; helium is generally accepted as the safest choice today. In a rigid airship the lifting gas is held in multiple gasbags, within a structural framework made of aluminum and fabric stiffened with lacquer. They provide a stable platform in the air, but like any balloon they are susceptible to punctures, making them less useful as military vessels.

As commercial vehicles, they shine for passenger transit. They are rumored to provide the smoothest ride in air travel, at altitudes that allow for more enjoyable viewing. They also offer the advantage of runway-less delivery of heavy cargo, but they are slow, expensive to operate, and quite susceptible to high winds. The Hindenburg crash may have been the final nail in the coffin for zeppelins, but they were never really likely to catch on as a viable form of transport.

Of course, the airships that the USS Maine-York faces are of unknown origin, thus they may achieve lift by some other means. For example, Philip Nowlan’s 1928 novella, Armageddon 2419 A.D., describes the airships of the Airlords of Han, held aloft by beams of magnetic force, and armed with disintegration rays. They dominate the battlefields until our hero, Buck Rogers, discovers a way to disrupt the beams which sends them plummeting to the ground. Other ways that fictional airships achieve lift include repulsors, anti-gravity generators, impulse drives, and a host of other vaguely scientific-sounding names.

To find out more about the airships the USS Maine-York faces, tune in to the Planetary Broadcast Network. James Dixon and his staff of crack reporters are monitoring the situation, and they will keep you up to date on all the latest intel you need to help Captain Hatch and his crew defeat the forces that threaten our American way of life.