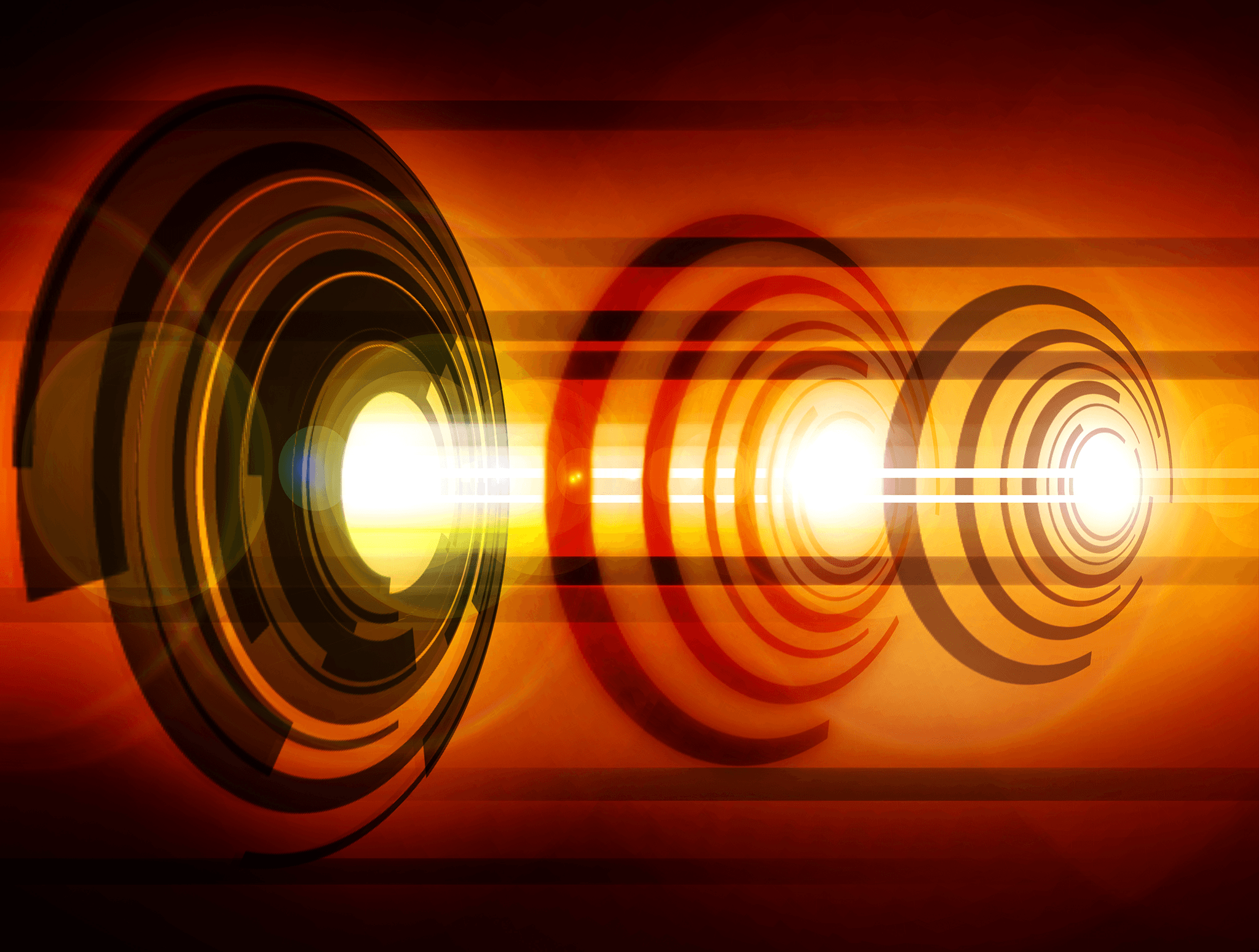 Along with robots, space travel, and dystopia, a key element of retro futurism has always been beam weaponry. The ability to deal damage at a distance without the need for projectiles or explosive propellant has long been a dream of weapons designers. A weapon without those limitations would be lighter and safer to carry, thus reducing the need for extensive supply lines and extending the operational range of all types of troops and fighting machines.

As early as the late 1800s, authors have included beam and ray emitting weapons in fictional works. In 1898, H.G. Wells gave his Martian invaders a “heat ray” that could melt or combust targets at a range of up to two miles. Other authors followed suit with “death rays”, “phasers”, and “disrupters” of all sorts, ranging from hand-held sidearms, all the way up to ship-mounted and orbital guns that can destroy planets.

The scientific concept behind these weapons is deceptively simple. A high-energy beam of atomic or sub-atomic particles is directed at the target to damage it at a molecular or atomic level. In practice, there are numerous proposed ways to achieve this. The most common concept requires a particle accelerator and an electron emitter electrode; used in tandem these can create a stream of high energy hydrogen that is electrically neutral. The ions in the beam are moving at nearly the speed of light, thus they carry an enormous amount of kinetic energy, making it practically impossible to armor the target against such a beam. Such a weapon requires a relatively large power source to create and maintain the beam at full intensity.

There are many other beam weapon concepts as well, but they all share this same limitation. The technology to generate enough energy on an easily portable level has not been achieved yet, but batteries and generators are getting smaller each day. Perhaps one day soon soldiers will be able to ditch heavy ammunition and simply stock up on batteries to power their sidearms.

Such batteries would also have applications that extend far beyond weaponry. Theorists have even suggested that achieving the generation of high energy on a small scale is the last barrier to human exploration of the universe.

Some say there are alien cultures in our universe that have already mastered this energy barrier. A few believe that such beings are observing us now, waiting for us to reach this technological level so we can join the interstellar community. When that happens, the Planetary Broadcast Network will be there to bring you the breaking news you need to be an informed citizen. Tune in to the Planetary Broadcast Network for more information on beam weapons, UFOs, and the constantly expanding horizon of science.