Is the Universe Real? 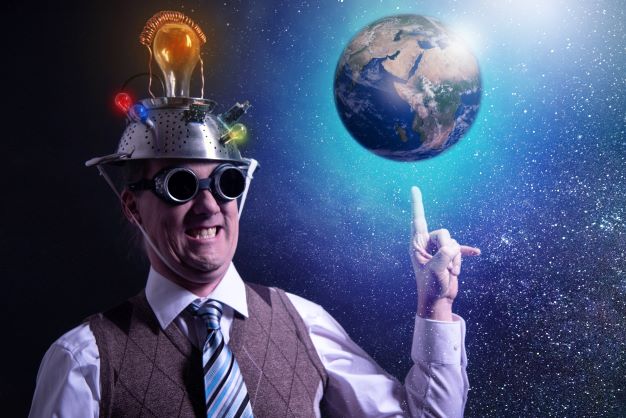 By now, you’ve probably seen a rash of breathless headlines, inspired by the recent Nobel Prize in Physics, proclaiming that physicists have proven “The Universe Isn’t Real!” It’s an exciting idea—my mind immediately leapt to what it could mean for me personally. If the universe isn’t real, nothing I do matters. I can have that third whiskey sour with lunch, and go back to work sloshed. Or just not go back at all… stop paying my mortgage… empty out the kids’ college funds and go buy that boat I’ve had my eye on…

Unfortunately, the articles that follow usually don’t explain that the proper phrase is “locally real”, and that physicists are using each of these terms in very specific ways; ways that completely undermine the likelihood of me ever owning the S.S. Dixon.

With the easy bit under our belts, we can look at what “real” means to physicists. Real-ness is the idea that particles have definite properties. These properties are considered inherent to the particles, even if there is no one observing the particle. This is usually explained with the old “tree in the woods” analogy. If realists are correct, the falling tree makes a sound even if no one is there to hear it.

The counter position holds that particles have properties that are undecided, and they don’t become definite until the particle is observed or measured in some way. The famous “Schrödinger’s Cat” thought experiment is an example of this conceptual framework. The cat’s condition is thought of as a waveform of alive or dead, but effectively both. When you open the box, the waveform collapses and the cat is found to be alive or dead. This idea is a core principle of quantum mechanics. If you’re a bit rusty on this, check out our previous articles “Quantum Stuff” and “More Quantum Stuff.”

For the bulk of the 20th Century, just about all physicists fell into one of these camps. For example, Einstein was a realist; he and two colleagues published a paper that attacked what he saw as a flaw in the anti-realist position, claiming that entanglement required information to travel between these particles faster than the speed of light—a phenomenon known as quantum teleportation. What the quantum crowd needed was proof that this information exchange was real, and that it really did happen instantaneously.

And that’s what the recent Nobel Prize was all about. John Clauser, Alain Aspect, and Anton Zellinger managed to create experiments that proved Einstein was wrong. Quantum teleportation does happen; thus, the universe is not locally real. This is good news for tech fields like quantum computing and cryptography—bad news for my nihilistic fantasy of boat ownership.

For more information on this story and others like it, stay tuned to the Planetary Broadcast Network. At PBN, we bring you the details you need to wade through the morass of schlock journalism, and come to the conclusions that make you an informed member of our grand democratic experiment.