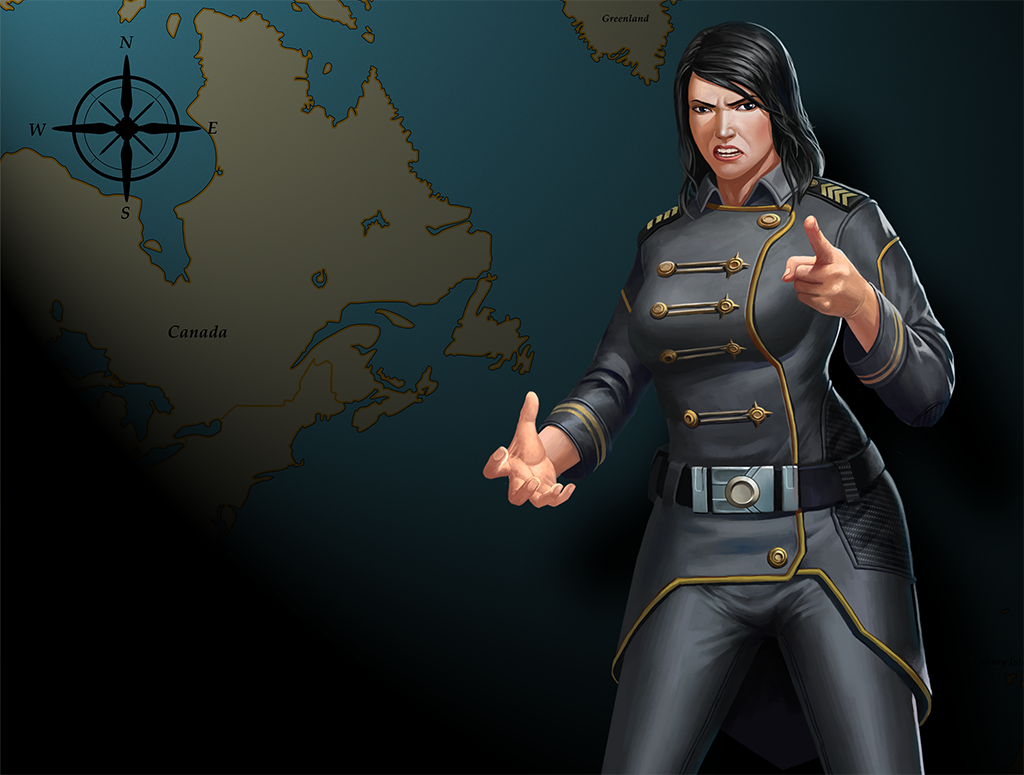 Our Lady of Perpetual Navigation is a small parish located on a cluster of unremarkable islands off the eastern coast of Canada. The congregation consists of a handful of fishermen and their families, as well as the nuns and novices of the nearby Abbey of Saint Genevieve. The weather in the North Atlantic is harsh, and the residents of the region are as tough as the stones that line their beaches. One such native is Vice Admiral Euphrasia de Lestonnac.

Formerly the Mother Superior of the Abbey, de Lestonnac discovered her talent as a naval strategist only recently. In fact, her appointment as the Vice-Admiral of the navy of the Revolutionary Principality of the Archipelago of Saint-Genevieve coincided with the foundation of the upstart nation. She has adamantly asserted the territorial claims of her new homeland, and both Canadian naval vessels and merchant ships have been on the receiving end of her ferocity.

Although the Principality has advanced weapons and attack craft at their disposal which are similar to those of The Independent Republic of Free Capitalist Possum Island, Vice-Admiral Lestonnac is somewhat more rational than Captain Penn. Captains are advised to treat her with respect, and hope that our intelligence officers come up with a valid “Collective Code” before you meet this fiery sister.