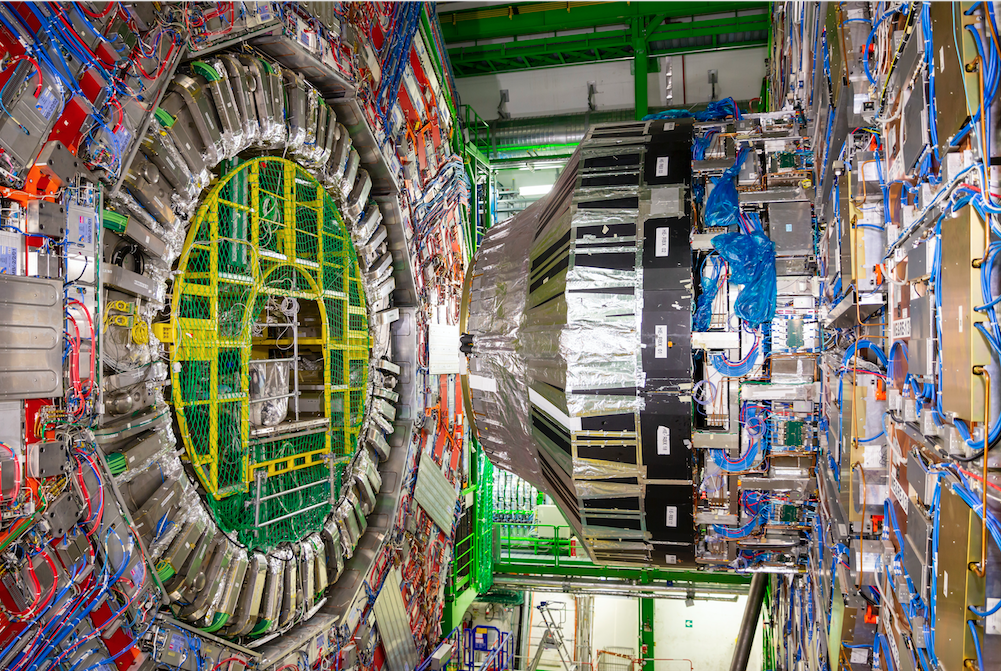 If you’ve been near any form of media over the last few days, you’re probably aware that the Large Hadron Collider (LHC) at CERN has been turned back on after three years of maintenance and upgrades. If you paid closer attention to the broadcasts, you may also be aware that the upgrades allow the LHC to produce collision energies of 13.6 trillion electron volts—nearly seven times stronger than any other collider. Researchers believe the enhanced capability will make this third run of the LHC its most productive yet.

This is all very impressive, but if you’re a card-carrying physics fanboy you know the folly of getting too excited about this kind of thing. Research of this nature is painstaking, and often it doesn’t yield results for months or years, so the experienced observer doesn’t take all the breathless headlines seriously.

In fact, the weeks before this planned restart of the LHC have been filled with various articles lowering expectations. Dr. John Ellis from King’s College London gave perhaps the best description of what we can expect during this four-year run: “It’s going to be like pulling teeth, not like teeth falling out.”

Some have even speculated that if the LHC doesn’t produce something on par with the 2012 discovery of the Higgs boson, it may spell the end of such large-scale collider experiments. The cost of constructing the LHC was roughly nine billion US dollars, and its operating budget is around a billion per year. CERN anticipates that the LHC will complete a total of five runs—the optimistic view is that it has about 16 more years of runtime. At that point, unless some truly revolutionary progress has been made, the construction of a more powerful, next generation collider is unlikely, because the cost of such a machine could easily exceed 100 billion dollars. To keep the collisions happening, both the LHC, and the entire field of particle physics could really use a win right now.

Luckily, the LHC is not your average atom-smasher.

On its first day of operation, researchers announced that they had already observed three new exotic hadrons – a pentaquark and two tetraquarks. Quarks usually end up in groups of two or three, so these particles made of four or five quarks are very unique. As analysis of the data from the LHC continues, the list of hadrons is expected to grow. The goal is to identify enough of these exotic hadrons to assemble a unified model which can explain their nature and behavior.

Rest assured that if they develop such a model, the Planetary Broadcast Network will be the first to bring you the details. In fact, we like to keep an eye on all the happenings at CERN—we believe that a science-savvy citizenry is key to the preservation of our great democratic experiment.

So, for all the news you need to be an informed voter, stay tuned to the PBN Evening News—it’s like a particle accelerator for your brain.