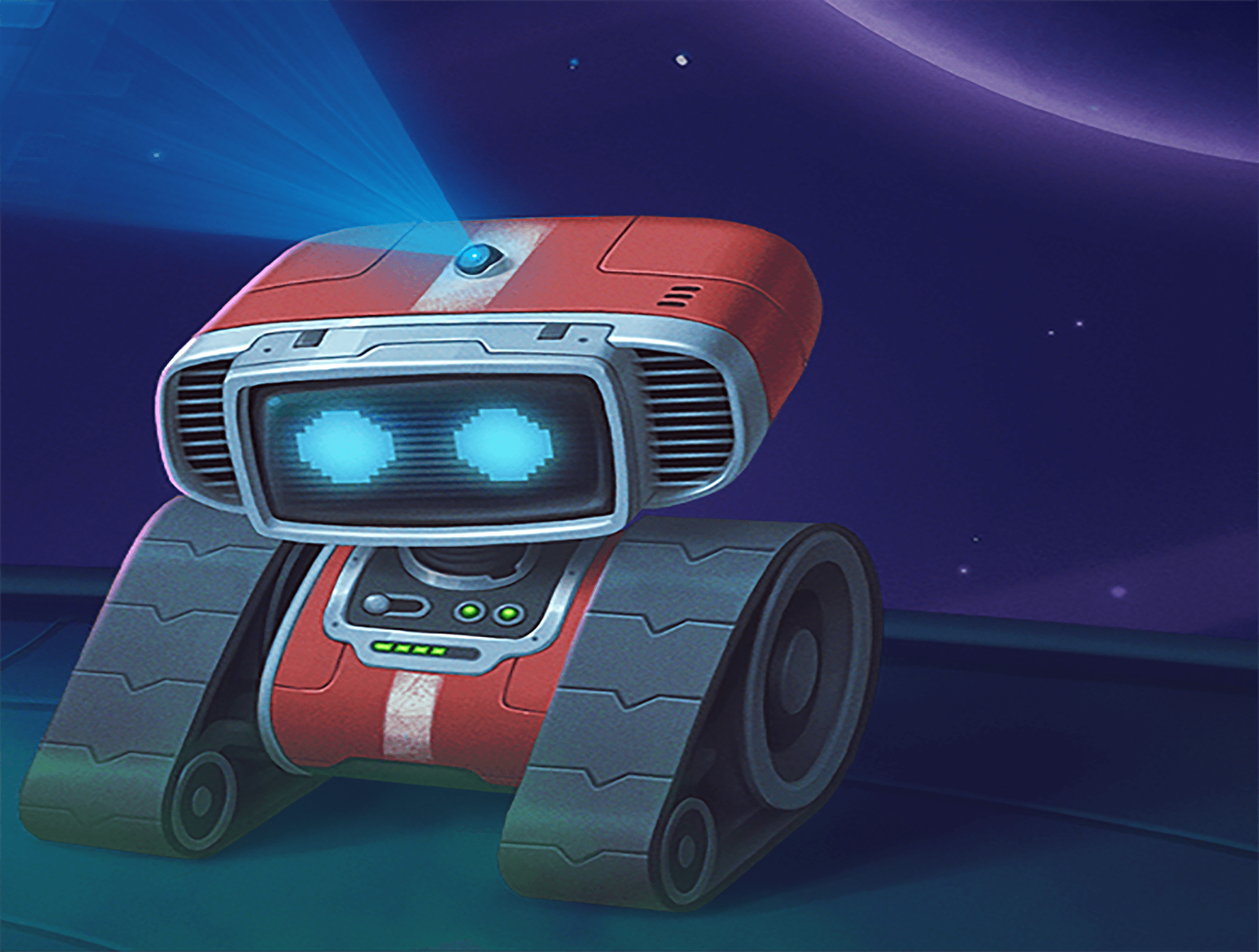 We at the Planetary Broadcast Network are not ashamed to admit it: everyone here is a big fan of Fission Girl, radio’s most famous nuclear-powered superhero. It’s been a great disappointment to our network that the show’s production has been temporarily delayed by robot worker shortages; however, we are beyond thrilled to have the chance to interview one of the great voice actresses who brings Fission Girl’s exciting adventures to life. Today, we chat with Marie Cook, who voices the popular robot character, Faithful Maid Marie.

PBN: Thank you for joining us today, Ms. Cook.

Marie Cook: My pleasure! I’m so excited to talk about this upcoming season.

PBN: So, your name really is Marie?

Marie Cook: It is! Faithful Maid Marie was written into the show several episodes in, and she was cast before she was officially named, so the writers just used my name. She was only in two episodes originally, but she was such a fan favorite that the writers kept using her—so of course, I got to stay on the show, too.

PBN: We understand that, officially speaking, the season has been delayed due to ‘robot worker shortages,’ but we’ve also heard about some significant rewrites in light of the Robot Personhood Movement. Is that contributing to the wait time?

Marie Cook: Oh…well, I’m not really supposed to discuss, um, current events, the studio says. So, I’m afraid I have to say, “No comment.”

PBN: How do you feel about changes to Faithful Maid Marie’s character? Will listeners see a marked difference between previous incarnations of Maid Marie, and the latest version?

Marie Cook: I guess I can say that yes, Faithful Maid Marie may come off a bit differently in the new season, so listeners should prepare themselves for a few changes. She’s going to play a less significant role in the show going forward, as the focus will be on the budding relationship between Flash Nebraska and Fission Girl.

PBN: That must be somewhat disappointing to you, as your portrayal of Faithful Maid Marie received an award two years ago.

Marie Cook: Oh, just a little one! ‘Best Non-Human Supporting Character’ in the Planetary Radio Awards. Of course, the show producers have to do what they think is best, but I will admit, I’m a little disappointed…

PBN: That’s understandable. Faithful Maid Marie is an inspiration to many, both human and robotic.

Marie Cook: You should see some of the lovely fan mail I’ve received! So many people just adore the character. I’m always surprised by how many people say they’re rooting for Marie to win the day, when it’s Fission Girl who’s the real hero!

I’ve even received messages from robots who say they admire Marie for her creative thinking, and want to be like her, which made some of the show’s advertisers nervous… but politics is a messy business, and the studio wants Fission Girl to stay clear of it. So, no point in crying over spilled milk, right?

PBN: You’re a good sport Ms. Cook. Tell us, what do you do when you AREN’T voicing Faithful Maid Marie?

Marie Cook: Honestly, not much! Radio shows are serious business and a lot of work for everyone involved. It’s great fun though, and afterwards Stella and I—

Marie Cook: Right. Stella and I just love to pop down the street for a quick soda, and discuss how production was that day, and what we think the writers will do next.

PBN: And what’s your favorite soda?

Marie Cook: I’m a big fan of Lime Phosphate. Stella always gets something called a Pineapple Zombie. The soda jerk there is just phenomenal. It’s a tiny little shop but it absolutely has the best drinks in town.

PBN: How about your love life, Ms. Cook? Any handsome young actors or radio producers knocking at your door?

Marie Cook: Oh, goodness no. I’m a bit of a wallflower to be honest, and very caught up in my work, so I really don’t date much. Besides…Stella does enough dating for both of us! But you didn’t hear that from me.

PBN: That sounds more like homework than a good time!

Marie Cook: Oh no, Ida was fascinating! And it’s such a tragedy how she died at the peak of her career, in that massive explosion.

PBN: They never did find her body, did they?

Marie Cook: No, and that’s led some people to speculate that she actually faked her own death and has been living off planet.

PBN: Well, thank you Ms. Cook, for chatting with us today. I know I speak for everyone at the Planetary Broadcast Network when I say that we very much look forward to the next season of Fission Girl.

Marie Cook: Thank you very much! I hope you all enjoy listening to the show as much as we enjoy making it.