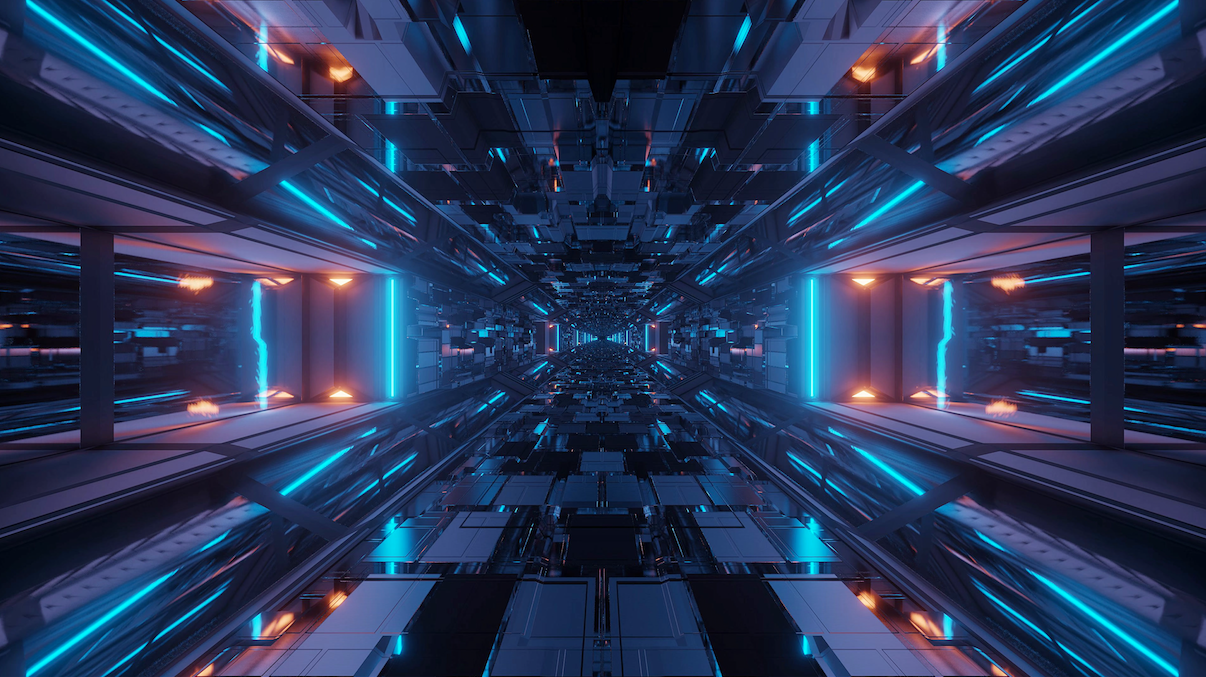 As promised in our last article, we’re going to continue clarifying the terms that are so present in mainstream press coverage of the latest developments in physics.

To select today’s topic, I polled the other reporters here at the Planetary Broadcast Network to see if any of them had burning questions about physics buzzwords. I believe the results were somewhat skewed by the poll being conducted the morning after the newsroom’s annual Chrisma-Kwanza-Hanukkah blowout. Most respondents remained slumped over their typewriters in a pale, sweaty, red-eyed stupor, and struggled to speak. Among the more lucid was Chief Meteorologist Chip Moses, who responded, “Yeah, I gotta a question… just what ‘zactly was in that eggnog?!”

The best answer came from our intern, Vern. I caught up with him just as he was exiting the cafeteria, pushing a snack cart loaded with industrial-strength nitro cold brew, headache powder, and nicotine patches. When I posed my question to him, he scratched his chin and said “I think a lot of people don’t understand the physical phenomenon that occurs when particles share quantum states such that they can’t be described independently, even when the particles are separated by large distances.”

I guess he could tell by my blank expression that I was one of those people, so he went on. “Like when spontaneous parametric down-conversion splits photons into pairs with mutually perpendicular polarization.”

At my continued silence, he sighed deeply and said, “You know… superposition… Schrödinger’s cat…quantum entanglement?”

I’ve heard of the last two things he said, so our topic today is quantum entanglement – the much less poetic, modern name for what Einstein called “spooky action at a distance” in a paper in 1935. In simple terms, entanglement can occur in a number of different ways, but one of the most common is to fire a single photon through a crystal to split it into a pair of photons that remain entangled.

When particles are entangled and their physical properties (things like spin, momentum, polarization, etc.) are measured, the results are correlated. That is, when you look at the condition of one of the particles, it tells you the condition of the other particle, regardless of how far away it may be. It also means that if you act upon one particle, it affects the other particles it’s entangled with, and more recent research has shown that this effect is instantaneous.

In theory, this means that two entangled particles could be placed at opposite ends of the galaxy, and any action taken on one would affect the other – this is sometimes referred to as quantum teleportation (although it is not teleportation of the “beam me up” variety). This happens instantaneously, which means it’s faster than the speed of light, a hard limit in classical physics.

The ability to, for lack of a better word, transmit information faster than light makes quantum entanglement very appealing to researchers in a number of fields. Currently, cryptographers are using it to create secure communication links that cannot be compromised without scrambling the transmitted data, while in computer research, entangled particles are used to create quantum bits (known as qubits) that can make large and complex calculations that are beyond the capabilities of current computers.

For more on this and other barely graspable scientific discoveries, you can count on the Planetary Broadcast Network. In the PBN newsroom, it’s our pledge to bring you this kind of thought-provoking reporting, so you won’t be caught unprepared next time the banter at happy hour turns to the nature of our shared reality.