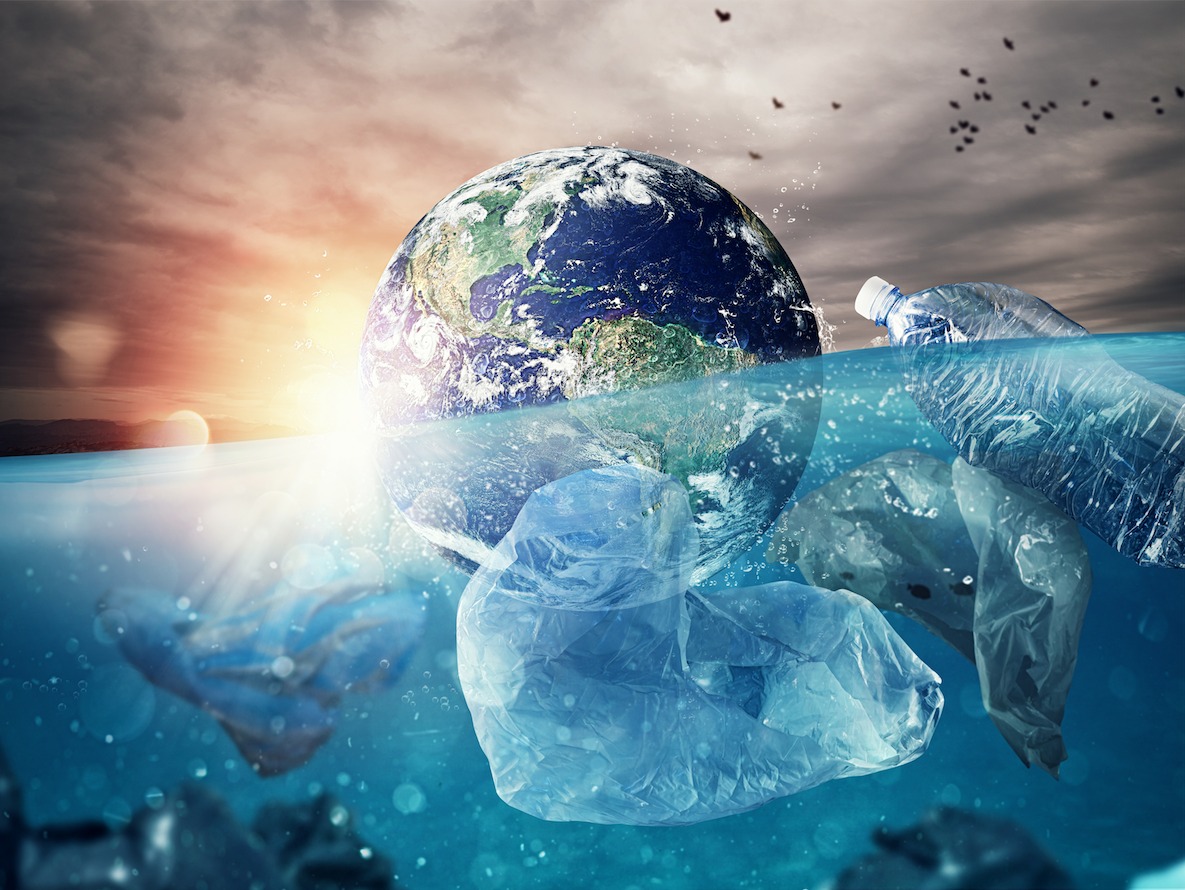 We humans can be incredibly productive when we want to be—or when there is a quick buck to be made. Take for example, plastic; the first synthetic polymer was invented in 1869, and the first easily mass-produced plastic was formulated in 1907. In 1950, the world’s annual plastic production was around 2 tons; by 2015 it had increased to 381 million tons. To put that in perspective, the annual global production of human is only around 320 million tons—that’s a fun stat to share the next time you hear someone mention all the “cheap plastic crap” in their lives.

Industry experts and historians differ, but conservative estimates hold that, to date, we have produced around 9 billion tons of plastic. That’s well over a ton of plastic for every human being alive today. Even more shocking is the amount that is considered waste. For example, in 2010 some 275 million tons of waste plastic entered the waste stream, and most of it is not being handled well. Only around 7% of that 9 billion tons has been recycled, and 12% of it has been incinerated (the toxic byproducts of which are worthy of an article unto themselves). Annually, about 8 million tons end up in the oceans and other bodies of water. Most recycling efforts simply grind plastic into tiny pellets which are used to make other plastic items—it’s like making trifle with leftover cake. Unlike trifle, however, the recycled material is of a lower quality than the original plastic, so even if reused, it is headed to the landfill eventually.

Ok, enough gloom and doom—what are we doing about it? (And where am I going to find a bowl of trifle at this hour?) Scientists at the Centre for Enzyme Innovation at Portsmouth University in England have developed an enzyme that actually breaks down one particularly common plastic, polyethylene terephthalate, or PET. Their work is based on a bacterium discovered in 2016 at a Japanese recycling plant that actually eats PET. Working with the National Renewable Energy Lab in the US, the Portsmouth team developed genetically engineered enzymes derived from the bacteria. Ordinarily, a PET drink bottle takes about 450 years to decompose in a landfill. The Portsmouth enzyme can do it in a matter of days.

Obviously, this works on just one type of plastic, and it remains to be seen whether this enzyme can be applied on a large scale, but decomposing plastics rather than recirculating them is a step in the right direction. Although this is promising, even the most optimistic agree that it will be years, possibly decades, before this breakthrough can begin to rescue us from the global avalanche of plastic.

I don’t want to sound like a hipster here, but perhaps it really is time to shop for more old school, made-to-last products, rather than prioritizing convenience and low cost. Single use or disposable items like straws, eating utensils, shopping bags, pens, and razors are major contributors to the issue. In 2014, for example, it was estimated that about one trillion plastic shopping bags were used—that’s 2 million every minute. Get yourself a couple canvas shopping bags, and do your part to reduce that insanely high number. (The suspenders, artisanal IPA, and handlebar moustache are optional.) Stay tuned to the Planetary Broadcast Network for more on this story as it breaks, and more of the news that helps you be an informed participant in this great democratic experiment.