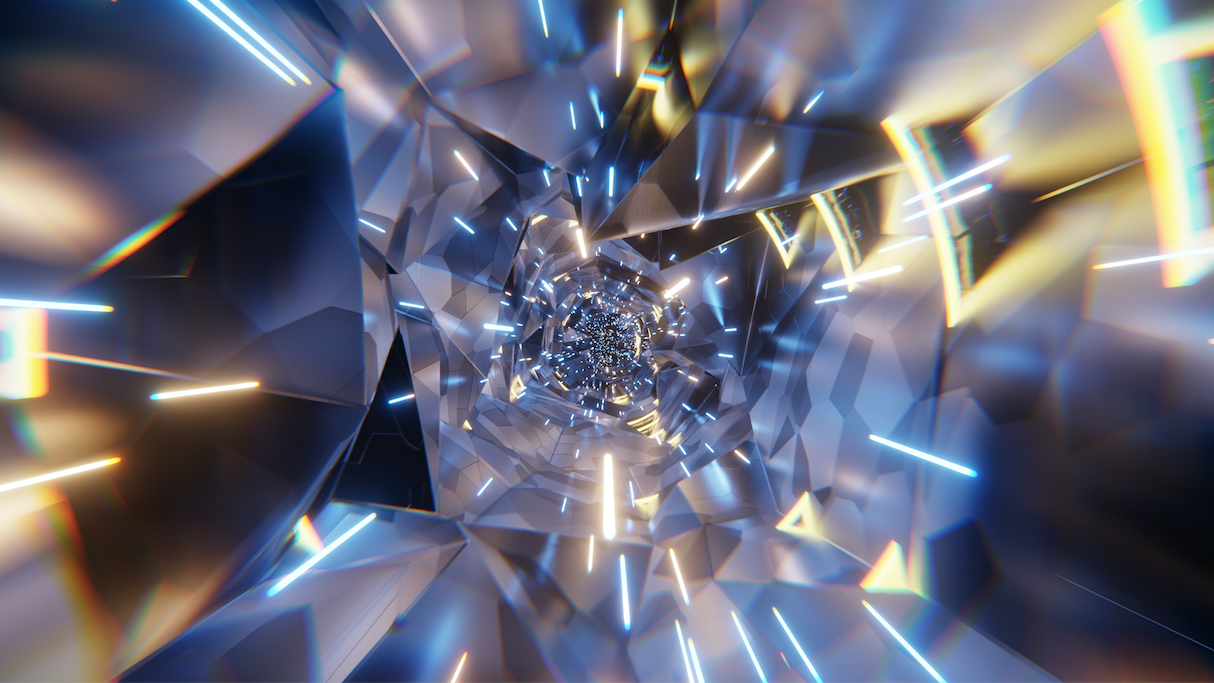 If you follow science and technology news like we do here at the Planetary Broadcast Network, you have probably noticed that the term “quantum” is being bandied about quite a bit these days. It seems like every researcher with a string of letters after his name is working on some new quantum state of matter, or a discovery that holds promise for the future of quantum computing.

It’s all very exciting, but in a recent poll of the PBN newsroom I discovered that most laymen don’t even have a good handle on what “quantum” actually means. Their responses ranged from “I think it means super-fast” to “It’s something really tiny, right?”

The only cogent answer I got was from our new intern, Vern. He went blank for a moment, looked off into the distance and said, “it refers to a discrete quantity of energy proportional in magnitude to the frequency of the radiation it represents.” Then he sighed, and went back to pouring absolutely beautiful rosettes on our lattes without further comment.

Since we don’t all have Vern’s grasp of advanced physics, the following is a brief overview of this quantum thing. The goal here is not to make you the next Oppenheimer—we’re just hoping to make you sound less like a yokel when the chatter at the water cooler turns to subatomic particles.

Let’s start with a more manageable definition. For our purposes, “quantum” (plural “quanta”) refers to the smallest amount of a physical entity—for example, a photon is a quantum of light, while electrons are the quanta of electricity. These tiny amounts are important because they behave in ways that defy our standard understanding of physics at larger scales.

For example, if you throw a ball at a brick wall, it bounces back, but if you reduce that interaction to the quantum scale, there is a non-zero chance that the ball will pass through the wall. This is known as quantum tunneling; it’s commonly observed in photons and electrons, but in theory it’s possible for all particles. This kind of interaction violates classical physics, so quantum mechanics is the theory that tries to describe these interactions at the atomic and sub-atomic scale.

With this definition in your back pocket, you’re ready to wrestle with the discoveries making headlines. Most recently, you may have seen articles on something called “quantum spin liquid” (QSL). Due to the way the particles are arranged in a QSL, the individual atoms in the material spin in unpredictable ways. The easiest way to think about it is to imagine a magnet in which the North and South poles are constantly in flux—physicists call this a ‘frustrated’ magnet.

This new state of matter was first theorized by Physicist Phil Anderson in 1973, but it wasn’t observed until this year. Researchers at Harvard’s Quantum Initiative were able to induce this elusive state by using tightly-focused laser beams to place individual atoms of rubidium in a triangular lattice. This structure created a frustrated magnet which exhibited all the qualities of a QSL as proposed by Anderson, including quantum entanglement.

Quantum entanglement is a whole can of worms unto itself, so we will continue this discussion in our next article. In the meantime, to keep yourself abreast of developments in QSL and other fields of science, stay tuned to the Planetary Broadcast Network. We bring you the depth of coverage that you need to be an informed citizen in our great democratic experiment.