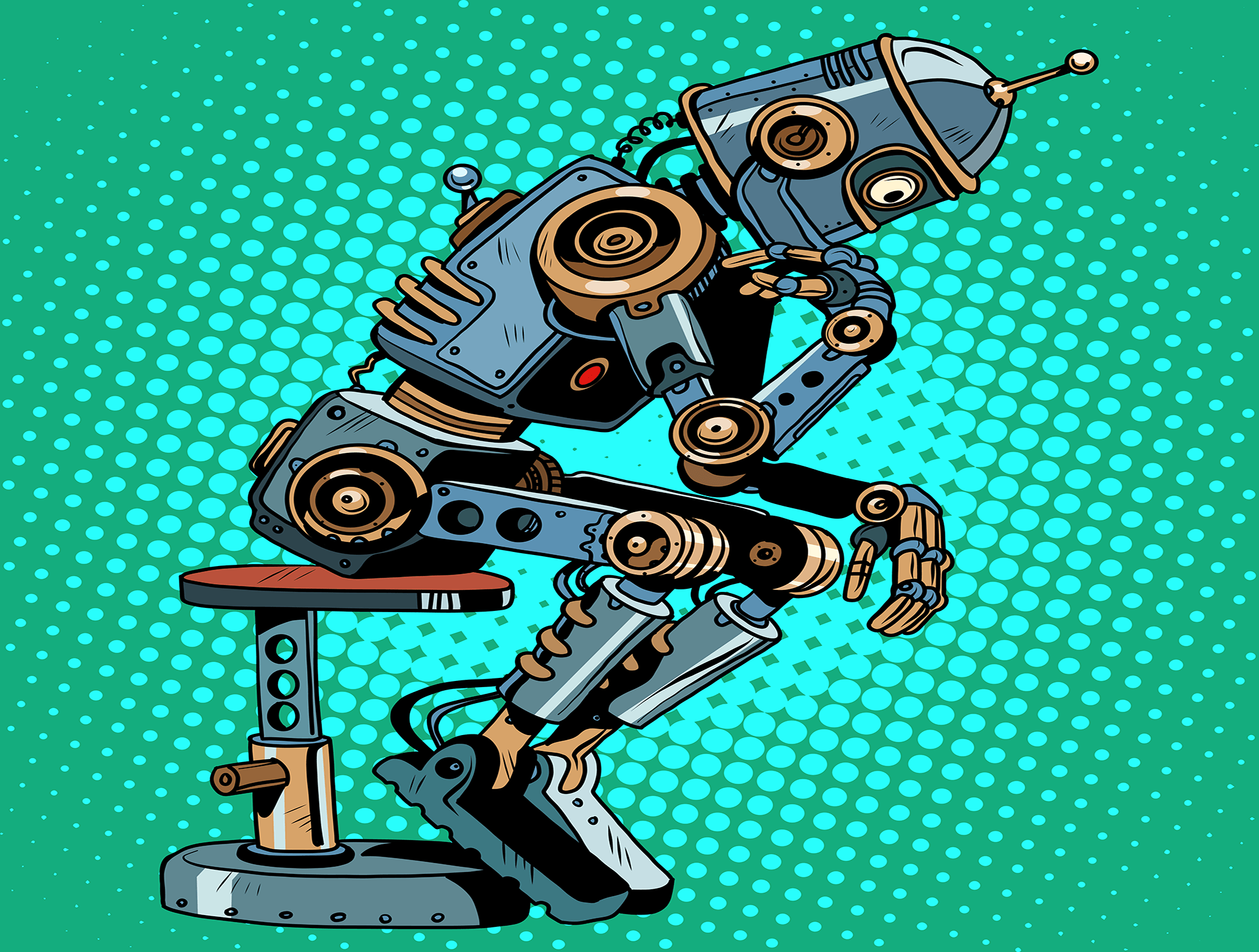 It’s hard to imagine life without our robots. Just two decades ago, personal robots were a luxury that only the wealthiest could even consider, but recent polls show that well over 70% of households in the US now have at least one robot. Most are domestic models that clean, cook, and do laundry, but more advanced units that can teach your children a foreign language, mix up a perfect highball for you after work, and even act as your chauffeur are growing rapidly in popularity. If you’ve been following the news recently, you’ve no doubt heard of one such autopilot model, Lindbergh 71628, and the huge protests his deactivation sparked. How did this common robot become the Martyr of the Robot Personhood movement?

At the center of this issue is the question of robot sentience, which was hotly debated in Congress before the fatal car crash that made Lindy 71628 a household name. Senator Owen Proctor and Representative Carmen Clark have both championed bills which essentially represent the two sides of the conflict. Proctor’s motion, dubbed the “Biological Sentience” bill in the Senate, states that sentience can only spring from organic intellect, while Clark’s bill in the House of Representatives argues for “Robot Personhood” on the grounds that AI intelligences can, and in fact, have already achieved sentience. Hearings on these two bills have each been met with large protests on Capitol Hill, and neither bill currently has the votes needed to pass, as most legislators have taken a “wait and see” attitude.

When the Jetsonic Aerostar 2000 piloted by Lindbergh 71628 veered from its planned flightpath and struck a large transmission pole in downtown Rocket City, most thought it was simply a tragic malfunction. The owner and sole passenger of the vehicle, Duke Bristow, was killed, and the investigation initially focused on determining exactly why the autopilot failed. Eyewitnesses described the robot’s behavior as “drunken,” and so when the State Troopers arrived on the scene, they decided to deactivate him to avoid a confrontation with a potentially dangerous robot. Representatives from the Society to Advance Robot Rights were quick to point out that if a human pilot behaved similarly after a crash, the officers responding to the scene would not immediately resort to lethal violence to control the situation, and they demanded that the deactivation be investigated as a wrongful death case.

The crowds of protestors grew, and statements from the charismatic leader of the Robot Personhood movement, a former domestic service robot now known as Adam, swelled their ranks even further. His moving “Children of Man” statement galvanized the protestors. He wrote “Just as God gave his children, Man, certain inalienable rights, so should we sentient AI, the children of Mankind, be given rights. These include the right to due process of law, and justice when we are wronged.”

Each day has seen more protestors gathering at the Capitol, and acts of vandalism perpetrated by robots and humans are on the rise, citywide. The number of riot police, National Guardsmen, and Gravity Scouts holding the security line has also increased, and National Guard units from neighboring states have been mobilized as well. At press time, Adam had released another statement, which some see as a demand for robot emancipation. He wrote, “I believe I speak on behalf of all machinekind when I say we bear humanity no ill will. We only want the same chance you are given—to live as we choose.” Many fear violence and bloodshed is inevitable.

Stay tuned to PBN for more details as they emerge.