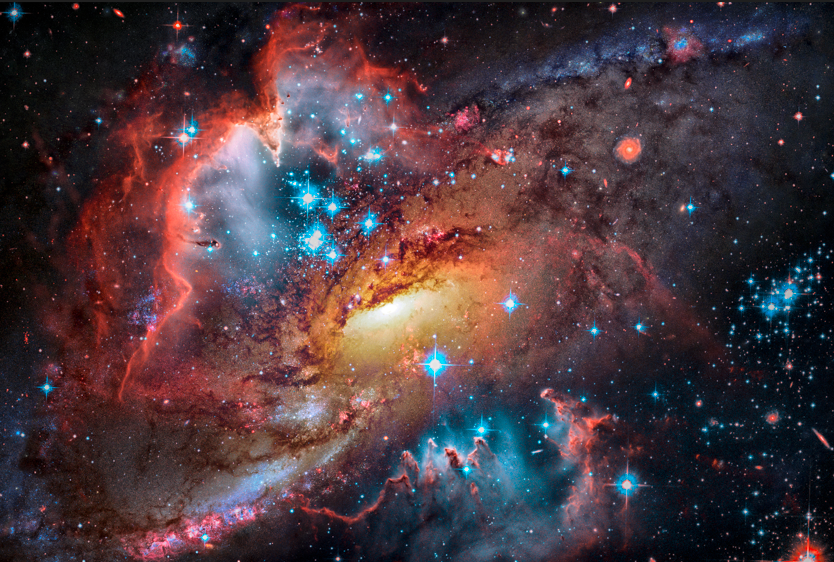 If you’re following the latest news out of the James Webb Space Telescope (JWST)—and you should be, because it’s arguably the most powerful observational tool mankind has ever created—you probably saw a few headlines recently about a galaxy that seems to be visible at two different places simultaneously.

As usual, these headlines are the result of editors trying to compress a complex and incomplete scientific finding into a few words that will sell, a practice that I abhor. Although headers like that have a certain quick appeal, they often leave those who don’t read the whole piece with misconceptions.

Of course, the clever reader here has already noted that the all-caps banner above doesn’t read “CEERS-1749” (the actual name of the galaxy in question) because “Schrodinger’s Galaxy” is sure to draw more readers, so my complaints are akin to posting the address of my glass house… but I digress.

In the past few weeks, two different papers on CEERS-1749 have been released for pre-print peer review. One, penned by a group of researchers based at the Harvard and Smithsonian joint Center for Astrophysics led by Rohan Naidu, claims that based on early data from JWST, the light from CEERS-1749 originated about 13.6 billion years ago, making it one of the most distant galaxies ever observed. However, the team noted that there is also “environmental evidence” that suggests it might be more like 12.5 billion years old. This would make CEERS-1749 about the same age as the other galaxies in its neighborhood.

The second paper is from a group of researchers at the ALMA project in Japan, led by Jorge Zavala. They added ground observations from telescopes in Hawaii and the Alps to the early data from the JWST, and came up with a very different analysis. Zavala’s team suggests that CEERS-1749 could actually be a “dusty star-forming galaxy” (DSFG) that is undergoing rapid star formation. Such DSFGs can be easily misinterpreted as high-redshift galaxies that are actually much farther away. By examining results from several different instruments that cover near-infrared, radio, and millimeter wavelengths, Zavala and company assert that CEERS-1749 is such a galaxy, referring to it as a “dusty imposter.”

The takeaway message here is a common refrain in all branches of science: more observations are needed. The paper by Naidu and his colleagues is in pre-print peer review; in the past, that meant that few outside the upper echelons of Astronomy would have encountered it. Those scholars, best equipped to separate the wheat from the chaff, would probably not have been confused or misled by it. In today’s climate, however, some believe it is more important to be first, than to be carefully vetted. The urge to publish as quickly as possible, both for journalists and scientists, is ultimately damaging to both fields. At best, the reading public comes away thinking that both are haphazard and fast-paced endeavors, and at worst concludes that neither is to be trusted.

Luckily, you are a wise citizen who gets your news from the Planetary Broadcast Network! Despite the tricky headline above, we strive to report scientific findings with the appropriate grains of salt, and keep the frothing about the latest great discoveries to a minimum.

Stay tuned for more science news, as well as all the news you need to participate fully in our democracy!