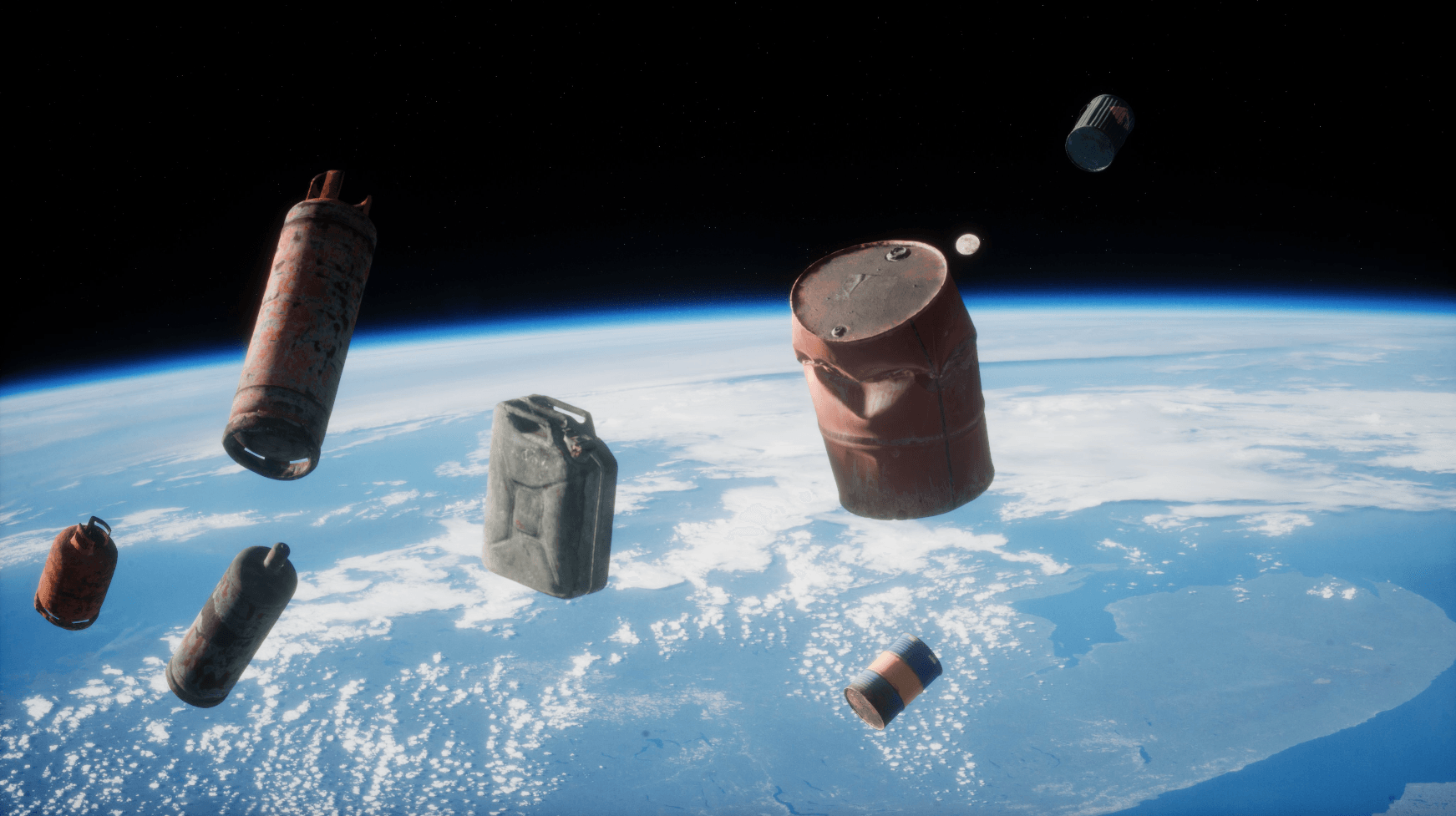 You probably saw recent news coverage of the debris from a Chinese Long March 5B rocket reentering the atmosphere. At this point, exact details are scarce, but Chinese state media reported that it landed harmlessly in the ocean, some distance west of the Maldives. An official statement from US Space Command confirmed the reentry, but did not confirm it’s point of impact. This is only the second Long March 5B launch, and both have ended in an uncontrolled reentry; the first, in May of 2020, fell on the Ivory Coast. In that instance, there were no casualties, but several buildings were damaged. NASA official Bill Nelson criticized China for “failing to meet responsible standards regarding their space debris.” Chinese officials scoffed at this, calling it “Western hype.”

Of course, NASA has experience with space junk of its own. In the summer of 1979, pieces of the 77-ton space station known as Skylab fell on inhabited areas of Western Australia. There were no injuries, but the event caused quite a stir; entrepreneurs tried to cash in on the crash with t-shirts and related memorabilia, and there were Skylab parties around the globe, completed with painted targets on the ground and hardhats required on the dance floor. NASA engineers had been aiming for the Indian Ocean, but a tumbling satellite is not easy to steer. As with the recent Long March 5B, engineers could not give solid estimates on when and where the object would reenter or hit. When asked how dangerous the landfall would be, NASA put forth the bizarre statement that the likelihood of human injuries was just “one in 152,” putting no one’s mind at ease. Several large pieces were recovered, including a piece of the station oxygen tank that weighs over 300 pounds.

This kind of deorbiting may become more common in the future, as space watchers put the tally of “dead” satellites currently in orbit at over 3000 and rising. Since the 1957 launch of Sputnik, humans have put over 5000 rockets into space, leaving an estimated 128 million pieces of debris in orbit that measure over 1 millimeter. While the vast majority of these are small enough to be completely consumed in a fiery reentry, the real risk is that some may collide with larger objects like launch vehicles, causing uncontrolled landfalls. Even the International Space Station has had to maneuver at least 25 times to avoid space debris since it began its mission in 1999.

The responsible standards for space debris alluded to by Nelson, above, include a UN directive asking all agencies to remove their satellites from orbit within 25 years of the conclusion of their missions. This is very difficult to enforce, and it’s complicated by the launch plans of communications companies like Starlink and Amazon, who plan to put as many as 50,000 more satellites into orbit in the next decade. Many communications and weather tracking satellites are intended for long working lives, and they are orbiting high enough to stay put for centuries; it is likely the entities responsible for them will no longer exist when their orbits finally begin to decay. Engineers and entrepreneurs are working on ways to capture and destroy this debris, and orbital cleanup looks like a serious growth industry for the next few decades.

Will China modify the Long March 5B variant rocket to reduce the likelihood of this kind of uncontrolled reentry? Statements from the Chinese Foreign Ministry suggest that’s not likely. Spokesman Wang Wenbin stated “It is common practice across the world for upper stages of rockets to burn up while reentering the atmosphere.” Wenbin suggested that the danger was overstated, saying “most of its parts will burn up upon re-entry, making the likelihood of damage to aviation or ground facilities and activities extremely low.”

The Planetary Broadcast Network will update this story as more details emerge. PBN’s crack reporters bring you all the news you need to be an informed citizen—so stay tuned for more updates on space, and the junk that falls from it.