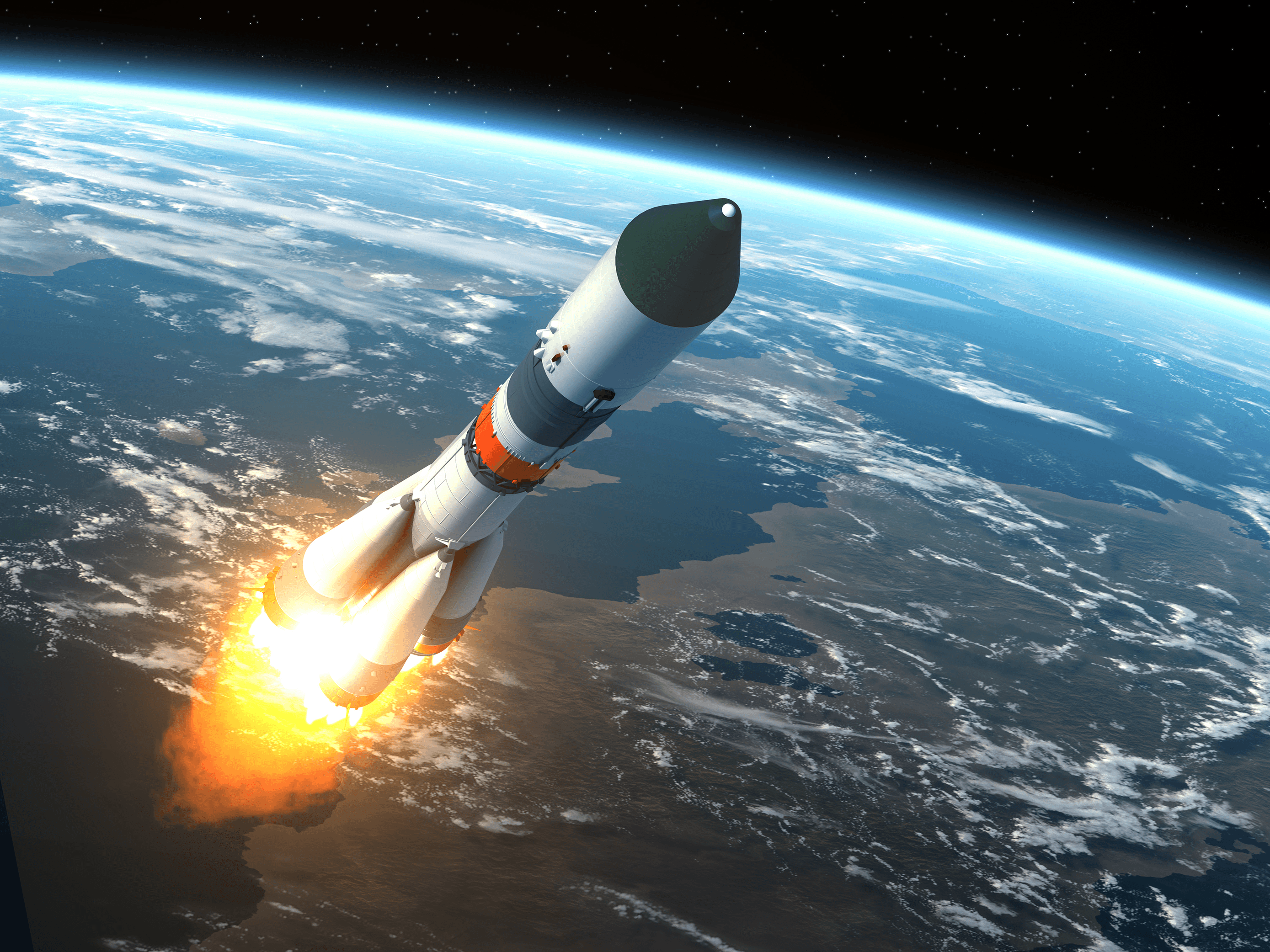 Retro designs appeal to us, in part, because they remind us of past times in a positive and sentimental way. It’s especially enjoyable when a design evokes a bygone era, but it’s packed with all the bells and whistles we expect of the most recent innovations. Such is the case with the newest rocket from SpaceX, which founder Elon Musk casually referred to as the ‘test hopper’.

Looking like it would be right at home on the cover of a Heinlein juvenile, the gleaming silver ship is not actually designed for use in outer space. Instead, it was built for suborbital testing of the Vertical Take-Off and Landing (VTOL) technology engineers plans to use in the next generation of SpaceX vehicles, which were formerly known as “BFR”, but have been renamed “Starship”. The test hopper will ascend up to around 16,000 feet, then descend and land—which has led to its nickname, “Starhopper”.  This kind of VTOL capability is vital to the Starship, which is intended for roundtrip Mars missions.

Building hopper-type vehicles is nothing new for SpaceX. The propulsive landing capability of their successful Falcon 9 rocket was first tested in 2012 in a vehicle dubbed “Grasshopper”. The Grasshopper made eight very low altitude test flights—the first rose to only 1.8 meters off the launch pad—with controlled landings. These successful landings, and those of the later Falcon 9 Reusable Development Vehicle (F9R Dev), paved the way for the commercial Falcon 9 and Falcon Heavy reusable launch vehicles.

Space vehicle experts speculate that Starhopper will be used in the same way for testing the Starship’s landing systems. Just as the Grasshopper and F9R Dev were structurally similar to the Falcon 9, the Starhopper is essentially a mockup of the fuselage of the Starship, but the exterior of the Starhopper appears to be cased in stainless steel sheeting, a material which is not likely to be used in the final vehicle. SpaceX officials have stated that the final version of the Starship will be significantly larger, with a tougher skin to withstand the rigors and radiation of interplanetary travel. The proposed design will carry up to 100 people and 150 tons of cargo to the red planet, on flights that could exceed 150 days in duration.

So why did SpaceX bother to encase the Starhopper in stainless? Most likely, it was chosen because it looks cool—Elon Musk is well aware of the retro quality of his designs. In fact, he leans on the retro element in his branding and advertising, positioning SpaceX vehicles as cutting edge, yet familiar. This hopper has already been featured in exciting photos that have both experts and amateur space nerds in a froth. Musk recently tweeted that they are hoping to launch in February of 2019, posting “Aiming for 4 weeks, which probably means 8 weeks, due to unforeseen issues.”

For us here at Lost Island, these tests are an exciting development. SpaceX is moving one step closer to making our favorite ships from classic Science Fiction a reality. The vehicles we imagine Fission Girl and Flash Nebraska using to combat the Mind Parasites of Narvon 5 look a lot like the Starship, so we’ll be keeping a close eye on developments. Tune in to the Planetary Broadcast Network to keep up with all the exciting adventures of the Half-Life Heroine!