The Goblin and Planet 9 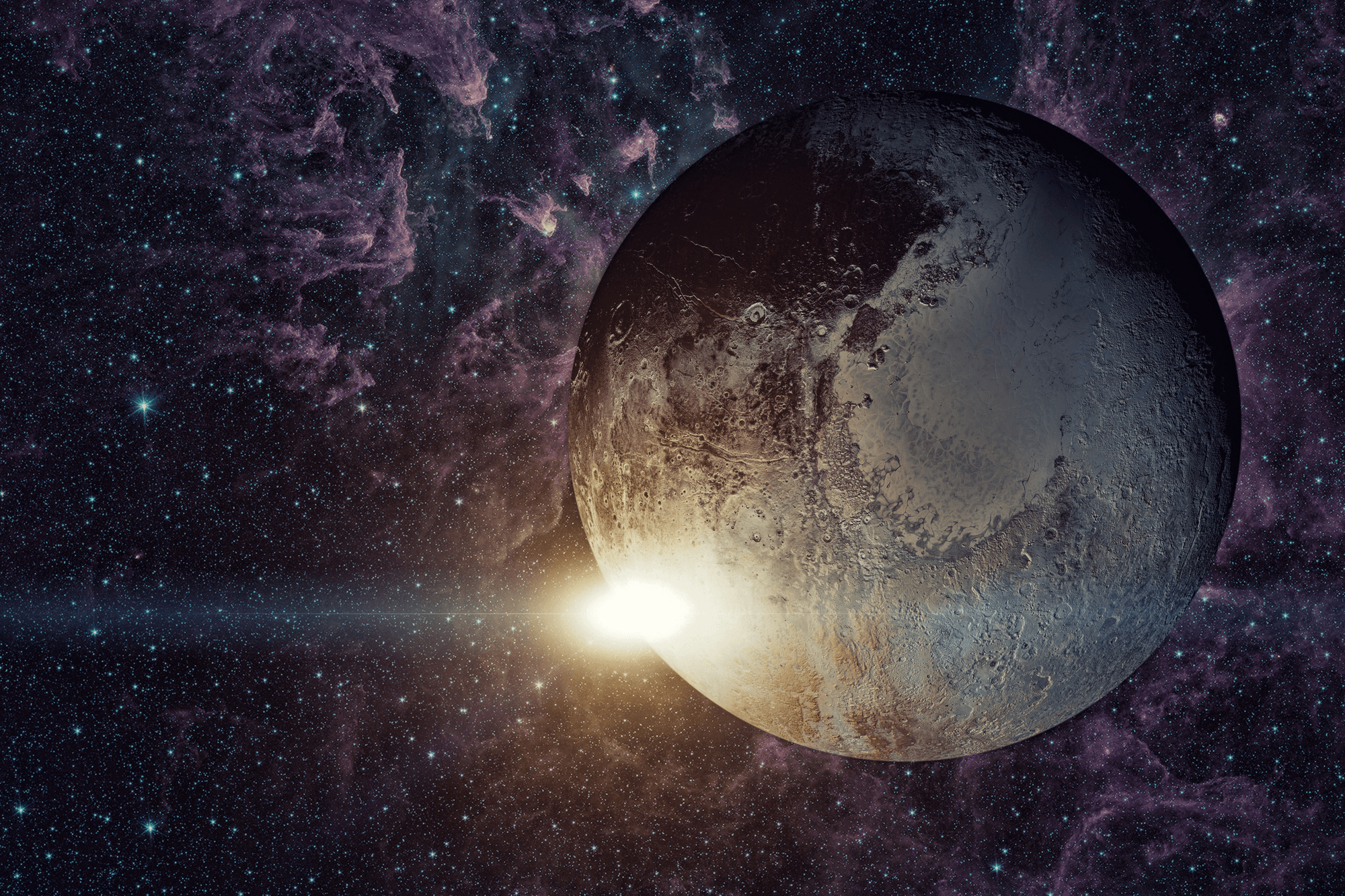 “Mary’s violet eyes make Johnny stay up nights pondering.” This mnemonic sentence, or something like it, may have been the way you learned the order of the planets (or “My very excellent mother just served us noodles,” if you learned it in the post-Pluto era). The young students of today, however, may have to work in an additional initial. Astronomers suggest there may be an as-of-yet undetected “Planet 9” (also known as Planet X), based on the odd orbits of some other objects that exist on the outer edges of our solar system. One such object, named 2015 TG387, is causing quite a few debates, both about the possibility of a shadowy ninth member of the solar system, but also about what exactly makes something a planet.

Nicknamed “the Goblin” (because of the “TG” in its official name, and because it was found around Halloween), this 186-mile-wide dwarf planet has an odd orbital path that it takes about 40,000 years to traverse, traveling roughly 60 times as far from the Sun as Pluto. Astronomers took note of the Goblin because its unique orbit perfectly supports the Planet 9 hypothesis. In fact, the orbital paths of several of the Goblin’s neighbors also point to the existence of a planet with a diameter two to four times that of Earth, and roughly ten times the mass.


This speculation has been on-going since 2014, when astronomers noticed similarities in the strange orbits of several objects beyond Neptune, both in and beyond the Kuiper Belt. The orbits of these trans-Neptunian objects (TNOs) could be explained by the gravitational influence of Planet 9, and by 2016 researchers at Caltech had suggested a possible 15,000-year orbital path for the shadowy planet. Because of the distant orbits of these TNOs, it is very difficult to locate them. Scott Sheppard, leader of the team at the Carnegie Institution for Science that discovered the Goblin, says that spotting the distant dwarf planet was quite a stroke of luck, since it is visible with our current technology less than 1% of the time.

The Goblin joins two other TNOs (90377 Sedna and 2012 VP113) that have been discovered in the last 15 years, and researchers believe that there may be many more out there—perhaps as many as a million. They raise questions about how we determine the boundaries of the solar system, and what should be classified as a “planet”. Currently, a celestial body must meet 4 criteria for planethood: 1) it must orbit the sun, 2) it must have sufficient mass to be roughly round, 3) it must not be a satellite of any other object, and 4) it must have cleared the debris from its orbit. Dwarf Planets meet only the first three, but haven’t cleared their orbital paths (this is why Pluto was downgraded). However, many astronomers believe the definition needs to be revised.


There are two main problems with the definition as it stands. For starters, it’s likely there are TNOs yet to be discovered that could conceivably qualify as planets, including the hypothetical Planet Nine. This radically expanded view of the solar system could include an unknown number of planets, and some astronomers are uncomfortable with this, but their discomfort may be fueled by nothing more than a desire the keep the solar system small and manageable.


An additional problem arises from the 4th criterion; strictly speaking, no object in the solar system has completely cleared its path, so technically there are no proper planets. Some astronomers, including Alan Stern, NASA’s principal investigator on the New Horizons mission to Pluto, believes that a more reasonable definition would only contain the first two criteria, which expands the list of planets dramatically. Not only Pluto, but Ceres, Eris, the Goblin, Sedna, Planet 9 (if it can ever be located), and as many as 200 other objects could be considered planets. This expanded understanding of the solar system may not be popular, but Stern and others feel that these classifications should be arrived at scientifically, and not by tradition or some desire to limit the term ‘planet’ to a very select group of large bodies.


Whatever the outcome of these debates, it’s certain that PBN’s resident scientist, Fission Girl, would agree that there are many strange and unknown objects in the outer reaches of our solar system. Any one of these dwarf planets or TNOs could be the secret base of the Half-Life Heroin’s next nemesis! Tune in to the Adventures of Fission Girl to follow all of her exciting exploits in deep space, and be ready for the call to duty, Fission Rangers!