The Kardashev Scale and The Great Filter 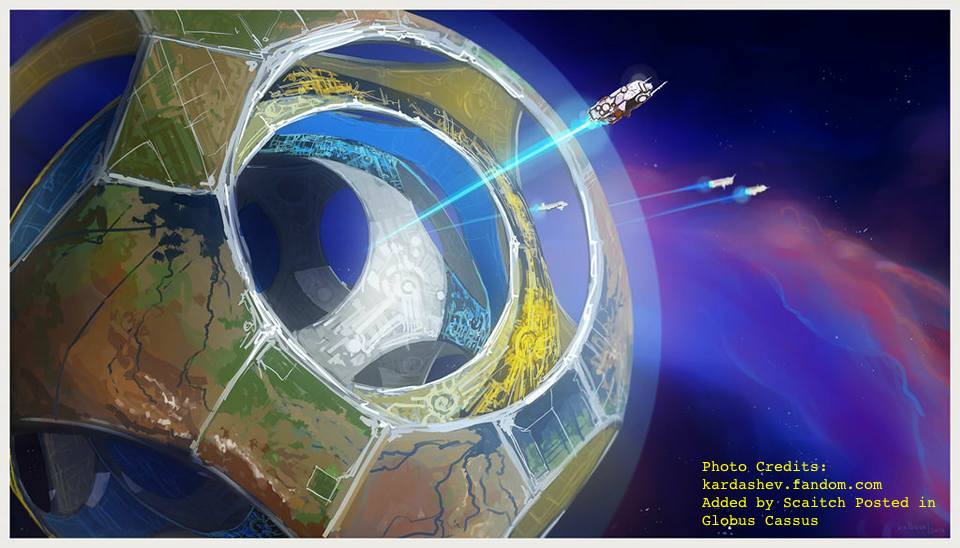 Nikolai Semenovich Kardashev is not exactly a household name, unless you live in a house full of astrophysicists and other space watchers. Although he had an august career in science, culminating with a stint as chairman of the Russian Academy of Sciences Council on Astronomy, he is best known in the West as the creator of the scale that bears his name.

When the space race was heating up in the early 60s, there was much debate about the extraterrestrial life that many believed we were certain to find as we explored the moon and beyond. Of course, those in academic circles were already well aware of Fermi’s Paradox—the idea that there are potentially millions of planets that could support life, yet we have no concrete evidence of life anywhere but Earth—and many were wondering why we’ve had no contact. One common answer was that other species may be out there, but they are waiting for us to prove that we are ready to join the galactic community—perhaps by achieving space flight.

This idea of a technological measure of progress is the foundation of Kardashev’s scale. He proposed three levels of civilization, based on the ability to harness and store energy.

Kardashev suggested that humanity was close to Type I, but subsequent scholars have placed humanity well below that, referring to us as a Type 0, or subglobal, civilization. Carl Sagan, for example, worked up his own version of Kardashev’s scale, and estimated us to be at around 0.7. Some very optimistic thinkers have suggested that we may reach Type I status around 200 years from today.

This progression of territorial magnitudes implies Types IV, V, and beyond. A Type IV civilization would be able to control the energy of an entire universe, and Type V would control the energy of multiple universes. Beyond that, we are at a loss—such civilizations are difficult to quantify, but it’s clear that they would wield technologies we can’t begin to imagine.
In addition to being handy for science fiction writers, Kardashev’s levels are useful for those who are searching for extraterrestrial life. If civilizations of these types exist in the known universe, it’s believed that their use of energy would be detectable. And that brings us right back to Fermi’s pesky question—“Where is everyone?”

This brings us to the Great Filter. This term, coined by economist Robin Hanson, refers to a hypothetical barrier that prevents life from finding its way to the next rung of development. There is no consensus on what this barrier is, and whether it’s already behind us, or still to come. If it’s behind us, that suggests that we are extremely unique, and perhaps we are the first to reach this level of development. That would explain the vast silence that has greeted us when we probe space with our best long-range devices: we are alone in the universe.

If it is yet to come, it could be a developmental landmine we are just about to step on. Consider all the rapidly-changing fields that dominate our science news: genetic manipulation via CRISPR, quantum computing, manmade climate change, quantum physics, filling low-Earth orbit with manmade structures, artificial intelligence, attempts to colonize the moon and other bodies in the solar system, etc. Any of these could be the step that ultimately spells our doom. The real difficulty here is that once a technological genie is out of the bottle, even if we realize it’s a terrible idea, it’s extremely difficult to stop it; the proliferation of nuclear weapons around the globe is perhaps the most obvious case in point.

Another possibility is that there are other advanced civilizations in the universe, and they have chosen to avoid contact with us. They may be, as mentioned above, waiting for us to develop sufficiently to warrant contact. However, there are other, less savory possibilities. Perhaps we are simply too dangerous—too violent, too virus and bacteria laden, or too short-sighted for them to bother with us. Or, it may be the case that when we reach a sufficient level of development, they will see us as competitors, and choose to exterminate us. This unknown seems to have inspired the words of author, Arthur C. Clarke: “Two possibilities exist: Either we are alone in the universe or we are not. Both are equally terrifying.”

On that cheerful note, let me remind you that the Planetary Broadcast Network is your source for news that informs, entertains, and fills you with existential dread. Stay tuned, and stay an informed citizen of our great democracy!