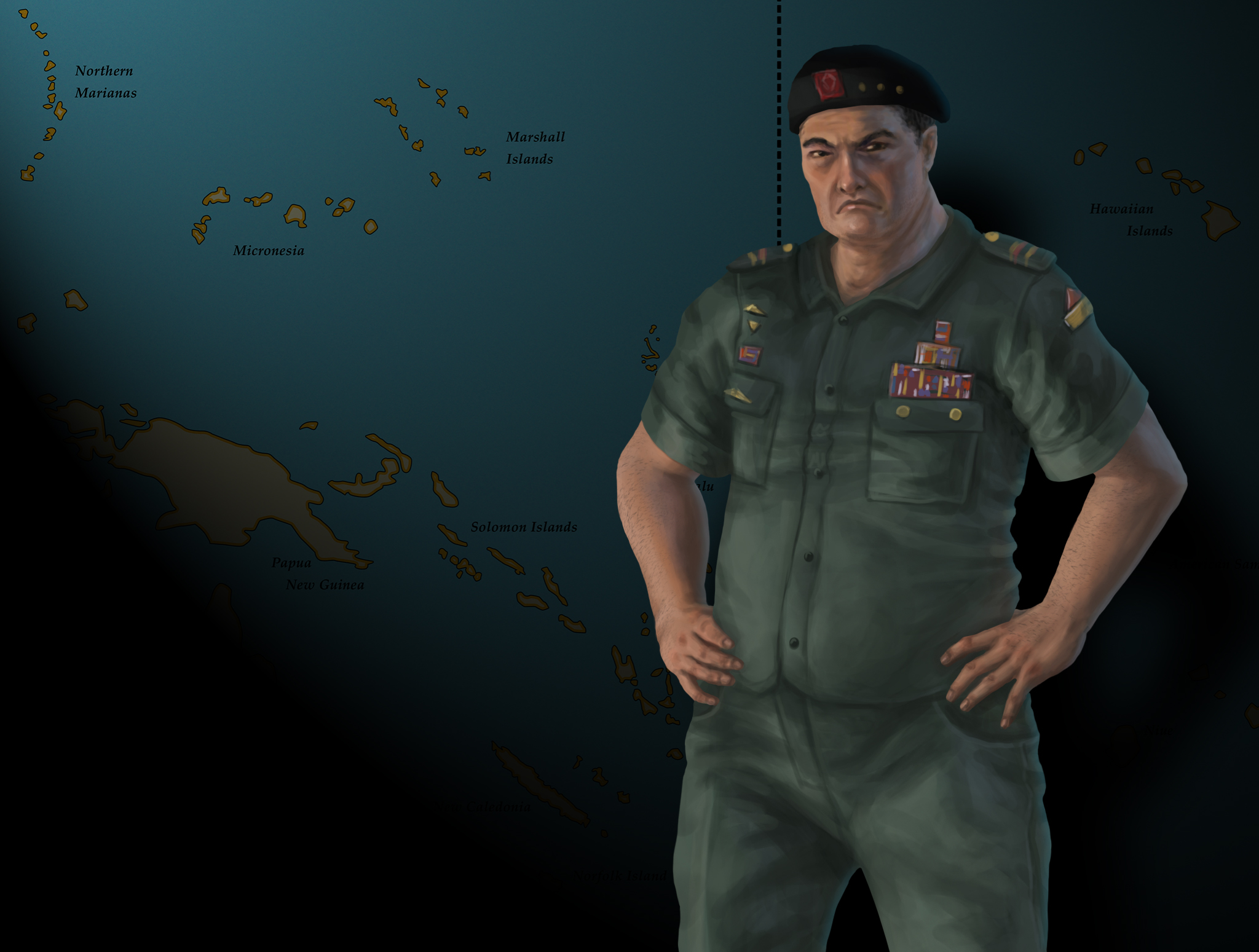 Among the countless islands, atolls, and reefs of the South Pacific lies the Incorporated Republic of Nurowwa. Located off the coast of Australia, Nurowwa only came to international attention a few weeks ago. Little is known about the newly formed nation except that they have made their presence felt with a surprisingly powerful navy. Their vessels have blanketed the waters surrounding the island state, threatening to sink any vessel that enters their territory without authorization. This flagrant disregard for established maritime treaties, coupled with the trigger-happy attitude of their commanding officer, Admiral Ropati Saaga, has led to a number of violent clashes with vessels from other nations.

Saaga is a former Olympian who represented Samoa in the ’32 games. He earned a gold medal in Greco-Roman wrestling, and he retains the wiry fitness of a wrestler today. His naval tactics are quite direct; he prefers to communicate with interlopers directly, and he usually leads with an ultimatum. Once the shooting starts he doesn’t hesitate to bring out his big guns and rarely holds anything in reserve. Even if you accidentally drift into his waters, be prepared for an all-out assault.