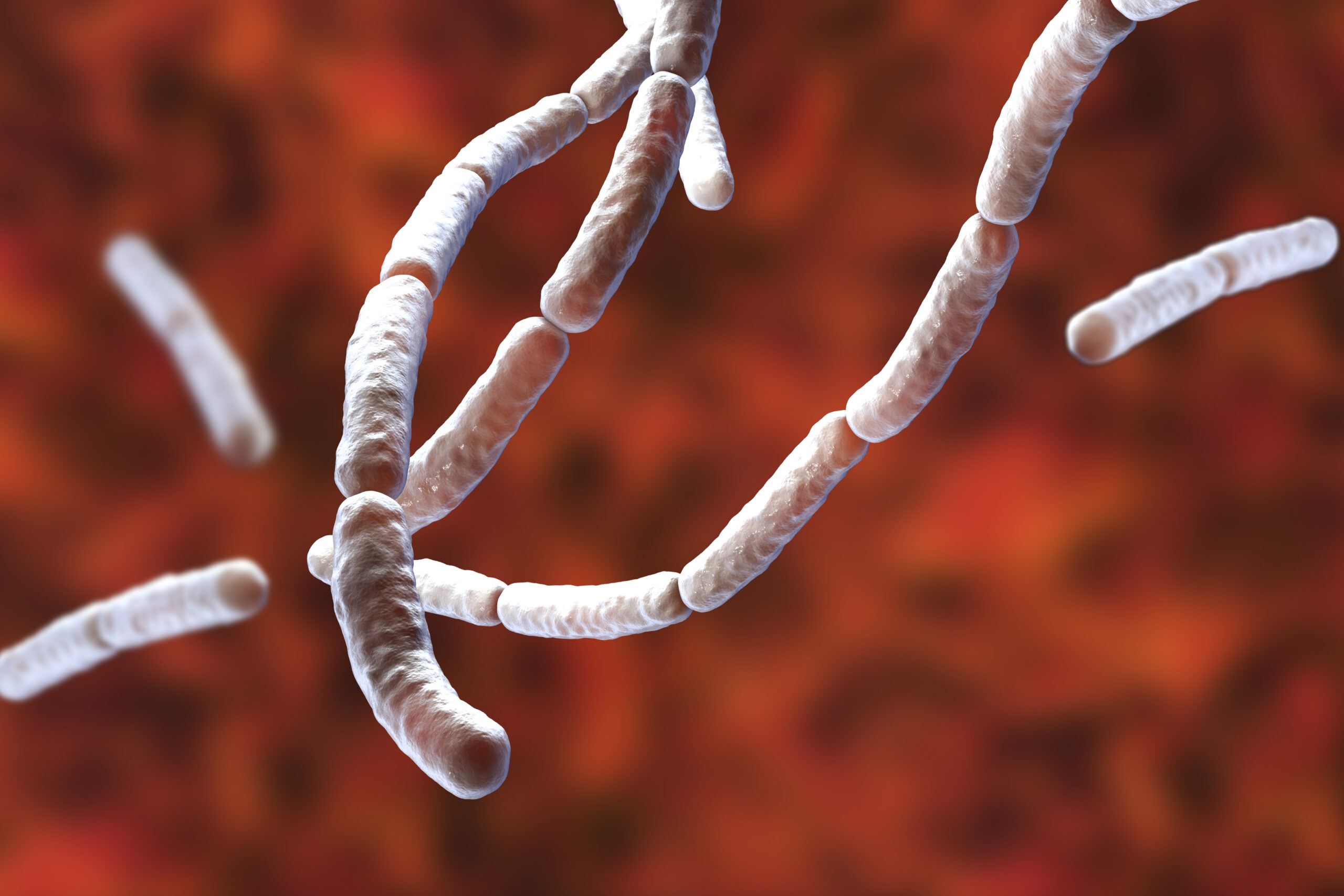 Imagine you’re a researcher, studying human beings in their natural environment. Throughout your career you’ve seen some variation in human size, but while gathering data one day, you come across a human who is roughly the same height as Mount Everest…

That’s what happened to marine biologist Olivier Gros back in 2009, but on the microbial scale. While studying sunken mangrove leaves in the Guadeloupe Archipelago of the Lesser Antilles, he came across a bacterium so large that it can be seen with the naked eye. It was about 5000 times larger than most bacteria; it takes the form of a long filament, sometimes reaching 20 millimeters in length, or about as large as a human eyelash. It is so large, in fact, that Dr. Gros initially thought it was a complex fungus rather than a bacterium.

Identifying and classifying the mysterious organism has taken over a decade. Once back in the lab, it took Gros and his fellow researchers about five years to determine that it was, indeed, a single-celled bacterium. It was then explored further via electron microscopy and genetic analysis by researchers Jean-Marie Volland, and Silvina Gonzalez Rizzo. Their findings were finally published in February of this year.

Its taxonomic name, Thiomargarita magnifica, meaning “magnificent sulfur pearl,” refers to the microscopic sulfur particles within the cell which give the bacterium a pearlescent sheen. It has been acknowledged as the largest bacterium in the world, unseating the previous record-holder, Thiomargarita namibiensis, which is also just visible to the naked eye.

The researchers haven’t unraveled all the secrets of these gigantic bacteria, but they have begun to understand how they grow so large. One of the limiting factors on the size of bacteria is that they lack mechanisms to move nutrients and waste, and must rely on diffusion. This keeps the cell small, because the effectiveness of diffusion decreases as surface area increases. Both T. magnifica and T. namibiensis get around this limit by having large vacuoles—essentially membranous bubbles that store nitrate—in their center. This bubble forces the cell’s cytoplasm toward the cell wall, making diffusion-driven metabolism possible. In T. magnifica, the vacuole can be up to 80% of the cell; in T. namibiensis, as much as 98% of the cell’s volume can be this nitrate storage tank.

Another unique aspect of T. magnifica is that it keeps its DNA in small sacs called pepins, as opposed to the free-floating DNA found in most bacteria. This places T. magnifica in a gray area between prokaryotes (organisms without cell nuclei) and eukaryotes (organisms with cell nuclei). This is of great interest to researchers, as it may be giving us a glimpse of the evolutionary steps that led from single cells to more complex organisms.

Dr. Volland and his team are continuing their study, but T. magnifica isn’t making it easy. The life cycle of the giant bacterium isn’t fully understood, so they haven’t yet figured out how to get it to reproduce in captivity. Until this hurdle is overcome, every time they want to begin a new experiment, they have to locate more samples in the wild. Volland says that this problem is his current priority.

Whether the next big breakthrough is a way to propagate T. magnifica in the lab, or the discovery of an even bigger bacterium, you can rest assured that the Planetary Broadcast Network will bring you the story. Stay tuned, and we’ll give all the news that you need to contribute to our great democratic experiment.