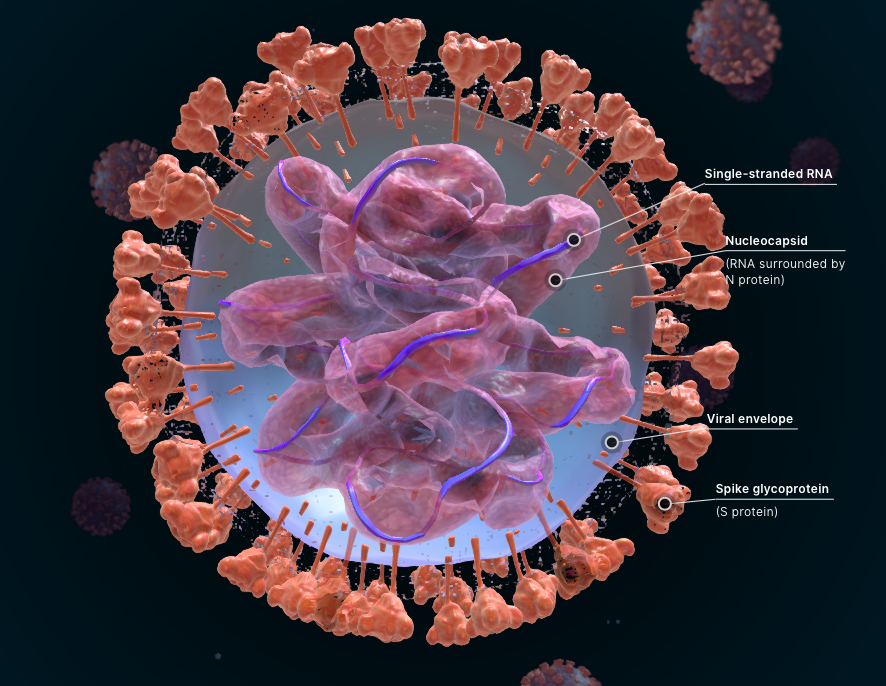 “I want to be a virologist when I grow up!” is probably not what most parents hear when their children are dreaming of the future, but over the last few months the field of virology has been getting a lot of press. One thing that all of this media exposure has made clear is that viruses are not well understood. Most laymen are clueless about how viruses work, and even specialists admit that there is still much to be discovered about them. Here at the Planetary Broadcast Network, we feel that a little Virology 101 is in order.

The International Committee on Taxonomy of Viruses currently lists 5450 viruses, organized into over 2000 species. Viruses are obligate intracellular parasites—that is, they must reside inside a host cell to survive, and they rely on that cell for metabolic processes. Replication of new viruses is accomplished by taking over the host cell’s machinery and modifying it to produce viral components, which are then assembled and dispersed. This dispersal can be accomplished by budding, which launches packets of the virus though the living cell’s wall, or by lysis, which dissolves the cell wall, killing the cell.

Although they need a host to replicate, some viruses have the ability to lie dormant in the extracellular spaces in the body long after the initial infection has been overcome by the body’s immune response and/or antiviral drugs. The common herpes virus, for example, stays in the body indefinitely, and infection occasionally recurs. What causes a dormant virus to become active again is not known, but anecdotal evidence seems to indicate that stress or other illnesses that tax the immune system may be the trigger.

Because viruses can’t survive without a host cell, scientists have debated for over a century if they are “alive” or not. The word “virus” comes from the Latin for “poison”, and it wasn’t until the late 19th Century that researchers began to think of viruses as living things in the same way that bacterium are alive. This view persisted until 1935, when Wendell M. Stanley and his colleagues determined that viruses don’t contain the mechanisms for metabolism on their own. This demoted them to the status of organic chemicals, albeit very complex ones.

Since then, researchers have come to understand the complex activities that a virus undertakes once it penetrates a cell. This has led to the view that viruses actually occupy the shadowy border between chemistry and life. In his 2012 book Spillover: Animal Infections and the Next Human Pandemic, author David Quammen describes them as “…fiendishly simple, at least relative to other living or quasi-living creatures”.

Further complicating the study of viruses is their size. They are extremely tiny—most are between 30 and 450 nanometres. (If you’re not up on your submicroscopic Metric system, a nanometre is one billionth of a meter. For comparison, a human hair is between 80,000 and 100,000 nanometres thick, and one nanometre is about how much your fingernails grow each second.) This is well below the threshold for ordinary light microscopes, but viruses have been imaged by way of electron microscopes, nuclear magnetic resonance spectroscopy, and X-ray crystallography.

The treatment of viral infection is difficult because viruses use our own cells against us. Unlike antibiotics, which kill bacteria, antiviral drugs have to be more subtle. Penicillin, for example, kills bacteria by disrupting its cell wall. Since viruses reside inside cells, we can’t use this method without killing the cells, and possibly the host organism as well. Most antivirals work by disrupting the replication cycle of the virus—a far more complex biochemical task. Currently, new drugs like Remdesivir do this by imitating and replacing one of the RNA bases that the virus is replicating, thus ending the replication cycle. This is a very specific treatment scheme; the search for a good general antiviral goes on.

At the Planetary Broadcast Network, we believe that an informed readership is key to furthering our great democratic experiment. Wash your hands, wear a mask, and stay tuned to PBN for more of the news you need.