Why Do We Believe in Ghosts? 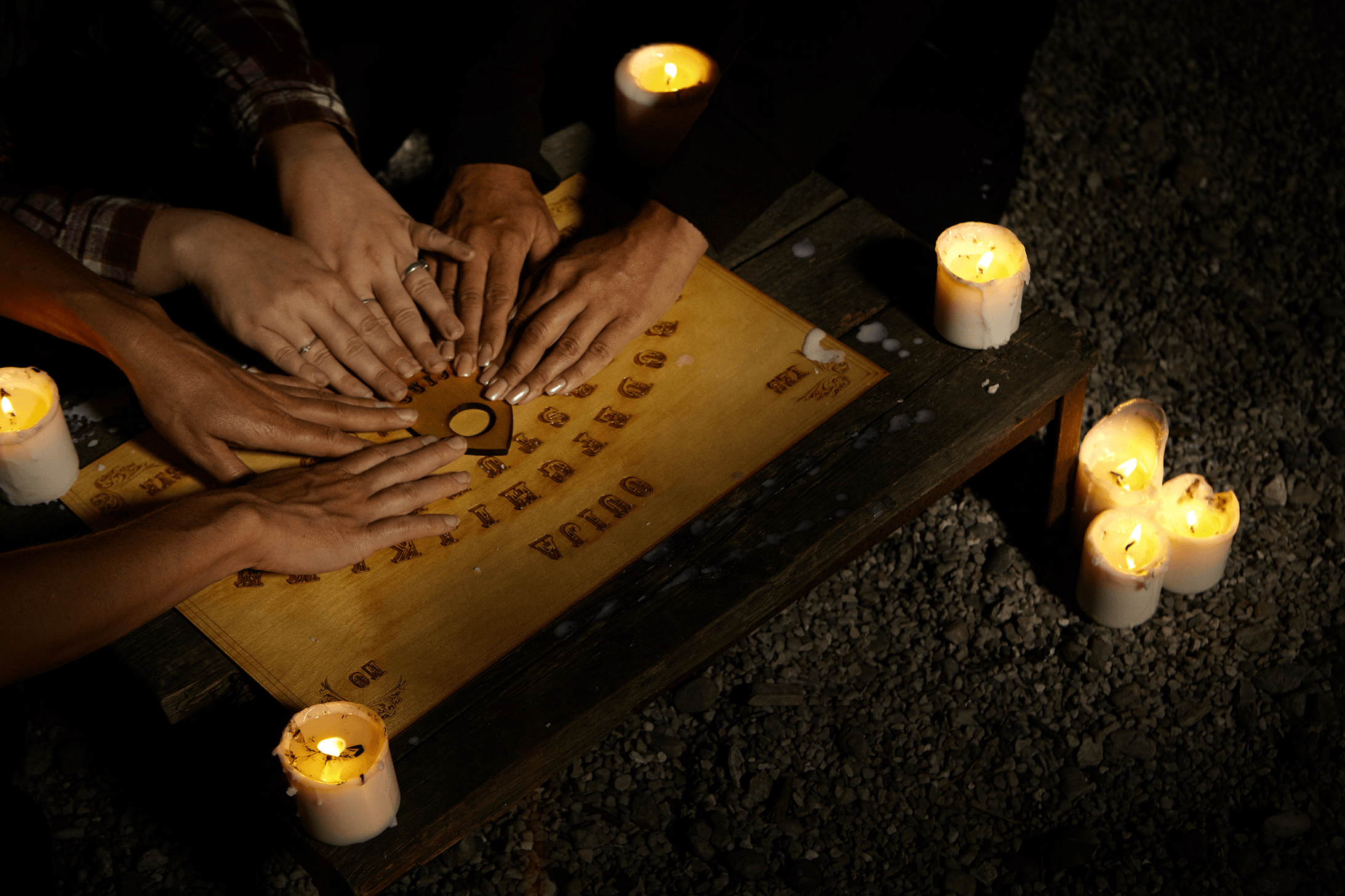 As the days grow shorter and winter approaches, the thoughts of many turn to death. In this season, numerous cultures observe holidays that focus on the dead, like Halloween, All Saints’ Day, All Souls’ Day, and Día de los Muertos. While these celebrations tend to focus on remembrance, there is also an element of appeasement to these festivities—the goal is not only to honor the deceased, but also to make them kindly disposed toward the living. Many believe that at this time of year, the veil between the world of the living and that of the dead is at its thinnest, thus this is when communications and visitations with the departed are most likely. Offerings, be they food, drink, or prayers are common, and all have the goal of keeping the dead from feeling forgotten, bitter, or vengeful.

This may seem like an antiquated notion, but over the last decade, surveys have shown that as around 45% of the American public believes that spirits, ghosts, or other supernatural beings exist. This has long puzzled scientists, and the luminary researchers of paranormal phenomenon have come from fields as diverse as medicine, physics, psychology, anthropology, and… stage magic. For example, during the Victorian era, when the literary ghost story was experiencing its golden age and Spiritualism was rapidly growing, respected scientists and scholars undertook serious investigations of the ghostly visitations and other “evidence” offered by the séance and Ouija board crowd. One notable body was the Society for Physical Research, founded and led by the Cambridge Philosophy Professor, Henry Sidgwick and his mathematician wife Elanor. This group, started in 1882, investigated not only ghostly activity, but also hypnotism, telepathy, and other paranormal phenomenon.

For believers, the findings were not promising. Most of the effects produced at séances were eventually shown to be, at best, misinterpretations of common physical phenomenon, and at worst, unethical manipulation by spiritualists who were skilled at sleight of hand. One of the leading debunkers in the early 20th Century was the great magician Harry Houdini. He took on the spiritualists of the United States, and after unravelling their tricks, he began getting big laughs by adding their effects to his stage shows. Through the efforts of Houdini and many other researchers (and the crushing effects of the Great Depression), the spiritualism craze lost momentum in the period between the World Wars.

Despite this, belief in ghosts is still quite high. Psychologists suggest that’s because most of us have experienced the sensation of being watched or suspected a presence nearby, only to find nothing. This is usually chalked up to an overactive imagination, but it seems to be something that is so common to human beings that uprooting it with logic is quite difficult. In one unique study, researchers in Switzerland may have discovered one reason for these terrifying experiences.

The experiment, created by Professor Olaf Blanke, was designed to evoke the sensation of paranormal presences in the laboratory, using a very unlikely summoning device—a robotic arm. The arm was set up behind the blindfolded subject, who could control it with the movements of his index finger. When the movements of the robotic arm were directly synced to the movements of the subject’s index finger, it gave the subject the odd sensation of touching his own back. However, if the robot’s movements were delayed about 500 milliseconds, the subjects reported that it felt as though someone else was touching them. They also reported the sensation that from two to four invisible people were standing near them, and some even felt as though they were being pulled backward toward the presence behind them. The experience was so intense and discomforting that two of the subjects asked that the experiment be stopped.

Blanke and his team concluded these sensations were caused by the brain trying to make sense of the conflicting data it was receiving. Since the touch was out of sync with the subject’s movement, the brain created the sense that another body was nearby. Blanke explains it this way; “when the system malfunctions because of disease – or, in this case, a robot – this can sometimes create a second representation of one’s own body, which is no longer perceived as ‘me’ but as someone else; a ‘presence’.”

Because people who experience ghostly sensations often do so when they are under stress, exhausted, or ill, Blanke and other researchers speculate that these are probably due to the kind of brain malfunction demonstrated in the experiment. Does this mean that your dear departed great aunt Harriet is not looking over your shoulder? Probably. But with something as universal as ghosts, this research is not likely to do much to stop people from believing.

In our next installment, we’ll discuss the techniques that mediums and spiritualists use to convince others of supernatural presence. In the meantime, make sure you tune in to the Planetary Broadcast Network for updates on paranormal research, as well as all the other news you need to be an informed citizen of this great nation.