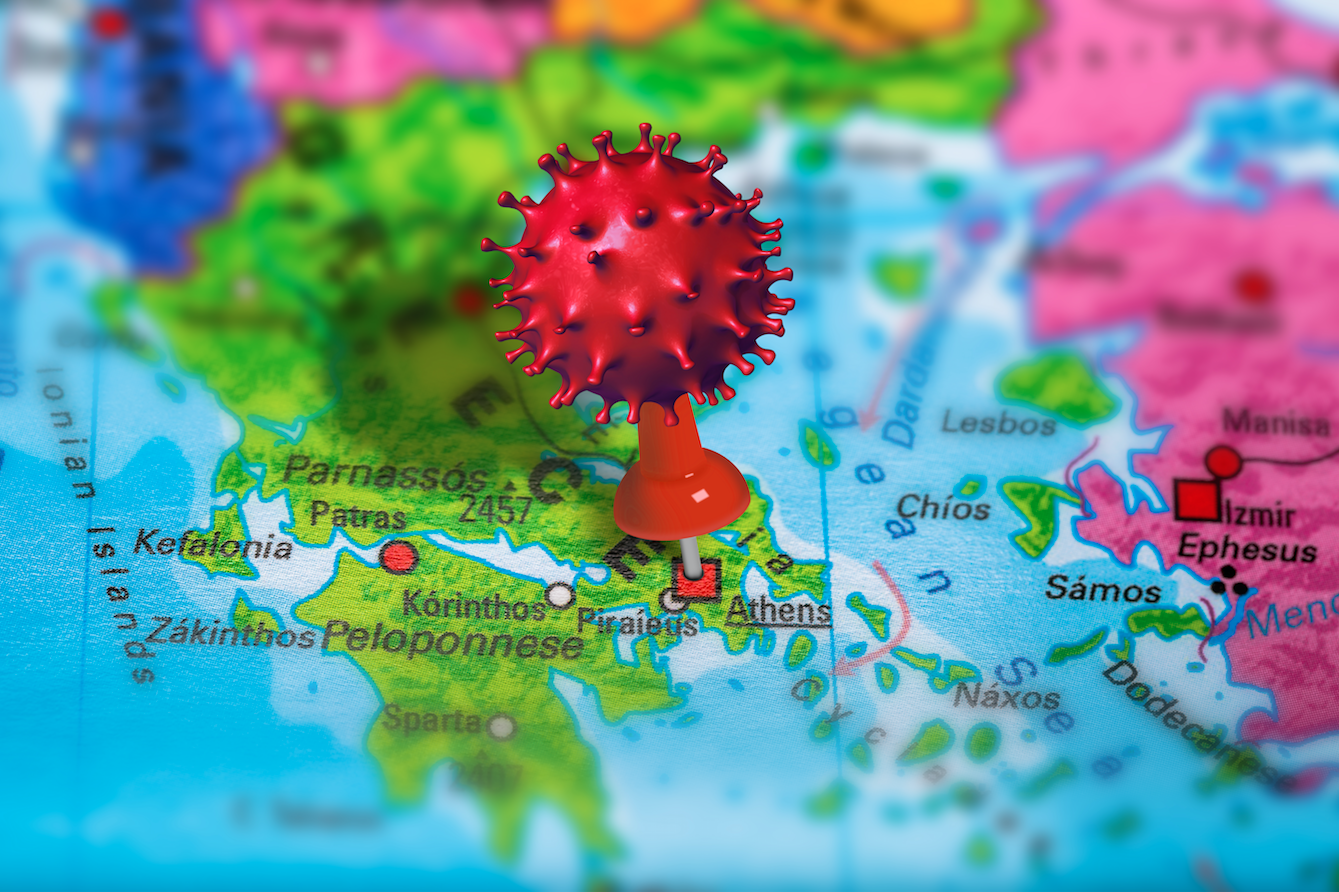 In recent weeks, you’ve probably heard a great deal about the Delta variant of the SARS-CoV-2 virus. It’s receiving so much media attention because it’s currently the dominant strain of the virus, but numerous other variants have been identified. The World Health Organization (WHO) has listed Eta, Iota, Kappa, and Lambda as “variants of interest”, and they are currently studying an additional thirteen variants that have appeared around the world. Should they rise in prevalence or virulence, they will each earn their own Greek letter designation.

It was around the eighth or ninth century BC when the Phoenician alphabet was adapted for use with the Greek language. To be more accurate, Phoenician is not an alphabet, but an “abjad”—a writing system in which each symbol represents a consonant, and vowels are inferred by the reader. The addition of vowels made the resulting twenty-four-letter Greek writing system the first true alphabet.

There were initially a number of variant alphabets based on regional dialects. The version that evolved in Ionia came to be used by most Athenians, and in 403 BC it was adopted by the Athenian Assembly at the urging of the Archon, Eucleides. By the end of the 4th Century BC this “Eucleidean alphabet” had become standard across the Greek-speaking world. In the centuries that followed, many other alphabets were based on it, including the Etruscan, Gothic, Cyrillic, and Coptic alphabets, as well as the Latin alphabet we use today.

The practice of using single letters in scholarly literature stretches back to early Greek thinkers like Aristotle and Diophantus. They and others used letters to represent variables, constants, or concepts. As their works were translated into Latin, and then other languages, the Greek symbols were retained for convenience. Fluency in Greek continued to be expected of educated people for centuries, thus typesetters always had access to Greek letters, and their use became ingrained in scientific works because they were easy to differentiate from the primary language of the text.

Another benefit to the use of these symbols is that they can convey sequence, and give a sense of how many iterations have come before. For example, we know immediately that the Delta variant was identified after the Alpha version of the virus. The most recent SARS-CoV-2 mutation to receive media attention has been labeled the Mu variant; Mu is the twelfth letter of the Greek alphabet, so we know that researchers have designated eleven other strains prior to this one. Now that Greek is no longer widely studied, this may cause confusion in laymen; although most are aware that Alpha is first and Omega is last, many would be surprised to find that Gamma comes before Delta, or that Zeta is near the beginning of the sequence, not the end.

The common meanings for these symbols as used in today’s English-language scientific literature became codified much later on. For example, the first known use of the single letter π (pi) as we use it today is found in Synopsis Palmariorum Matheseos, by William Jones, first published in 1706. Jones derived this from earlier uses of π to represent the Greek word for “periphery”, but his book was the first time it was used specifically for the ratio of a circle’s circumference to its diameter. This use, and others like it, proved popular, and now there are tables of accepted meanings for just about every Greek letter, in fields like astronomy, physics, mathematics, chemistry, and as noted above, virology and epidemiology.

Some researchers predict that the WHO will run out of Greek letters for the variants before we can put a stop to SARS-CoV-2. What will they use after they reach the 24th variant? We here at the Planetary Broadcast Network are committed to reporting on this and other important developments in the sciences, as well as all the other news you need to know. Stay tuned, and we’ll help you be the kind of critical thinker our democracy needs.