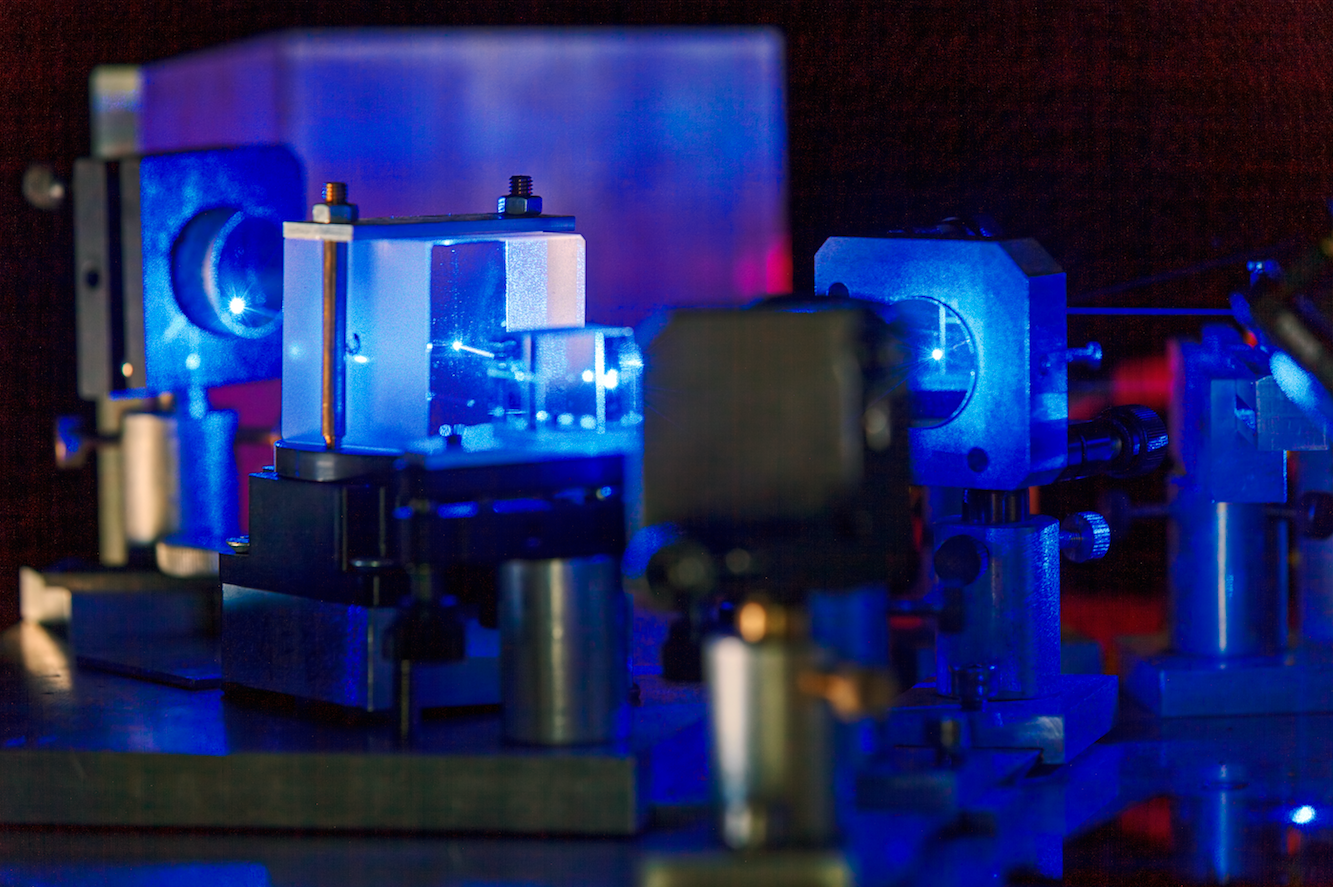 Back in 1961, physicist Eugene Wigner proposed a thought experiment in which measuring the polarization of a single photon can result in incompatible realities. The first observer, known as “Wigner’s friend,” would measure the polarization of the photon, discovering if it is horizontal or vertical. Wigner however, outside his friend’s laboratory, would have no way of knowing the results of that measurement. For him, the photon is in a state of both horizontal and vertical polarization—a condition known as “superposition” in quantum physics. The measurement causes the superposition of the photon to collapse, resulting in a defined state of polarization for Wigner’s friend, while for Wigner, the superposition remains. Based on this, Wigner concluded that a conscious observer is required for a quantum measurement to be made. Both conditions are considered equally valid, but they are contradictory. Put another way, the two observers experience different realities, and both are technically true.

This is obviously a problem for scientists, who count on the reliable consistency of independent observations for the confirmation of experimental outcomes. Facts established by measurement are considered objective, and repeatability is central to the peer review process. The Wigner’s Friend scenario suggests that individual observers can each have their own facts—at least at the quantum level.

The experiment remained conceptual until 2019, when researchers at Heriot-Watt University in Edinburgh devised a way to test it in the lab for the first time. Building on work by Caslav Brukner at the University of Vienna, they built an experiment that creates the alternate realities that would be experienced by Wigner and his friend. As Wigner suggested, the two realities coexist despite being irreconcilable.

If you’re a follower of science media, you’ve probably already heard about this. You may have read some racy soundbites like “Physicists have proven objective reality no longer exists!” and “There’s no such thing as a shared objective reality!”. Thankfully, cooler heads have chimed in on this as well, but their findings held fewer inflammatory sound bites, so your preferred news source may not have jammed them into your eyeholes yet. For example, Sean Carroll, Research Professor of Physics at Caltech, assures us that the results of the research in Edinburgh are “an intrinsically interesting and impressive example of experimental virtuosity” they are also “saddled with a woefully misleading sales pitch.” He went on to conclude, “What they have not done is to call into question the existence of an objective reality.”

It seems that journalism may be the problem here—or rather, the relationship of journalism and quantum mechanics. To be fair, sifting through all the claims is a tall order for the journalists; a 2016 survey of university physicists revealed that there is no consensus on the basic tenets of quantum mechanics. In fact, 32 percent admitted they didn’t understand enough to even have an opinion on the various schools of thought and associated interpretations.

Still, tech reporters have learned to be more cautious in reporting on when the latest innovations will come to market, lest they promulgate “vaporware”, but those writing on science are happy to give the claims of quantum physicists little to no scrutiny before running a breathless headline. And why shouldn’t they? There’s no real pushback on any claim that includes the word “quantum.” Dustin Lazarovici, Postdoctoral Fellow in Philosophy at the Université de Lausanne, asks why “have we gotten so used to quantum physics being crazy that even the most outlandish claims come with a presupposition of plausibility and relevance?”

Why indeed? We here at the Planetary Broadcast Network believe in due diligence. Before we report on a new scientific breakthrough, you can be assured that we have looked for alternative or dissenting viewpoints—and frankly, it has left us with some science trust issues. In fact, we are now openly suspicious of anyone in a lab coat. Thankfully, the aforementioned Doctor Lazarovici (tastefully attired in a trustworthy blue blazer in his publicity pics) set our minds at ease by concluding his remarks with, “Objective reality is safe and sound. We can all sleep well.”

Stay tuned to PBN for more developments on this and other stories about our fragile grasp of objective facts. We bring you the news you need to be an informed citizen in this great democracy!